Home » Posts » Other health conditions » comorbidity » An integrated approach to mental and physical health could save the NHS billions, says new report from the King’s Fund 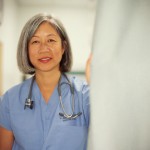 People with long-term conditions, such as diabetes or heart disease, are two to three times more likely to experience mental health problems than the general population. However, a systemic failure to identify these problems and provide effective support is resulting in poorer outcomes for patients and could be costing the NHS billions, says a report published today by The King’s Fund and Centre for Mental Health.

Not only do associated mental health conditions carry a significant financial cost for the NHS, the report shows they also contribute to poorer clinical outcomes for patients and lower quality of life. For example, studies have shown:

There are also wider financial implications for individuals, families and the economy. People with both a long-term condition and a mental health problem are less likely to have a job than those with a physical illness alone; take twice as many sickness days; and are more likely to rely on informal care, which in turn leads to family members taking time off work.

In Long-term conditions and mental health: the cost of co-morbidities, researchers review the available evidence on the interaction between mental health and long-term conditions and offer examples of innovative practice from the UK and abroad to combat the problems associated with the co-existing conditions. They conclude that a more integrated approach will help the NHS to make savings, improve patient outcomes, and meet its targets on productivity improvement.

Chris Naylor, the report’s lead author and Fellow at The King’s Fund said:

The prevailing approach towards improving care for people with long-term conditions is at risk of failing unless we look at patients’ needs as a whole, including their mental health needs. To achieve this, mental health provision cannot simply be tacked on to physical care but needs to be an integral part of it.

Failing to support the mental health of people with long-term physical conditions is costing the NHS billions of pounds at a time it can ill afford to spend money unwisely. Untreated or poorly managed mental ill-health among this group is cutting lives short, reducing quality of life and increasing health inequalities. Responding better, by contrast, will save lives, increase fairness and cut costs.

Long-term conditions and mental health: the cost of co-morbidities (PDF). The King’s Fund and The Centre for Mental Health, 9 Feb 2012.

Last reply was February 9, 2012
Try out our members features!