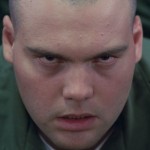 It’s hard not to picture scenes from the great war films when we consider the mental health of veterans. Images from Apocolypse Now, The Deer Hunter, Full Metal Jacket and The Hurt Locker are etched onto the public psyche in such a way that it’s sometimes hard to separate fact from fiction.

Research has shown that military veterans are at risk of various mental health problems and suicide is a major problem in this group.

In the US, the Veterans Health Administration (VHA) provides support for military personnel returning from conflict, including those who served in Iraq and Afghanistan; Operations Enduring Freedom and Iraqi Freedom (OEF/OIF). The VHA seeks to provide tailored services to prevent suicide and reduce mental illness.

A new cohort study published in the Journal of Consulting and Clinical Psychology will help to inform this work, as it looks at the association between military service in Iraq and Afghanistan, psychiatric comorbidity and death from suicide.

The study followed a cohort of nearly 6 million veterans who used the VHA for a 12 month period in 2007-2008. This cohort included over 300,000 OEF/OIF veterans, but was mostly made up of older veterans from earlier conflicts. The average age of the cohort was 60.9 years and 90.5% were male.

The analysis looked at veterans who were not currently on active duty and study participants were assessed for depression, schizophrenia, bipolar disorder, substance use disorder, post-traumatic stress disorder (PTSD) and other anxiety disorders using the VHA’s National Patient Care Database. The main outcome of interest was death by suicide.

These findings highlight the importance of mental health screening and intervention for OEF/OIF veterans.

One explanation for these findings is that non-OEF/OIF veterans may have already died from suicide prior to the study period (2007-2008). Suicide risk is high soon after the conflict has occurred, so this study may suffer from ‘survivor bias’.