Home » Posts » Mental health » suicide » Risk factors for suicide and accidental death. What can we learn from last episodes of self-harm? 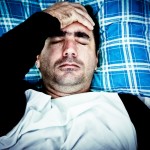 Self-destructive behaviour is often brought on by mental illness, poverty and other life problems. As individuals spiral down they sometimes come into contact with health and social care services. This may be a primary care visit, emergency treatment in hospital or simple cries for help to friends and family.

Hindsight would show us that a visit to the doctor is occasionally the last opportunity to save a life, because it’s the final time when the individual in question comes into contact with health or social care before they take their own life or die from an accident such as a drug overdose.

So it’s very interesting to consider what we can learn from these last episodes of self-harm that present to emergency departments, to see if they can help us predict future behaviour. A multicentre register-based cohort study published in Psychological Medicine does just that. The researchers included over 30,000 people in their study, who presented to one of six hospitals with non-fatal self-harm between 2000-2007 and they followed-up the participants using national death registers until 2010.

They defined self-harm as intentional self-poisoning or injury, regardless of motivation. Just over half of the people in the study were women (59%) and the median ages were 27 years for women and 31 for men.

The outcomes of interest were accidental mortality or suicide.

The similarity of risk factors for suicide and accidents indicates common experiences of socio-economic disadvantage, life problems and psychopathology resulting in a variety of self-destructive behaviour. Of factors associated with the accidental death groups, those for non-narcotic poisoning and other accidents were most similar to suicide; differences seemed to be related to criteria coroners use in reaching verdicts. Our findings support the idea of a continuum of premature death.