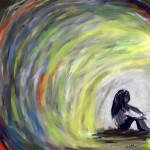 Some of the risk factors for suicide are well known.  Research shows that mental illness is the most significant risk factor and we also know that gender plays a big part (men are at greater risk).  However, some of the other potential risk factors are less well study, such as the impact that serious physical illness can have.

This new report from the think-tank Demos uses a number of techniques (literature review, freedom of information requests, semi-structured interviews with coroners and an in-depth case study) to explore the relationship between chronic and terminal illness and suicide.

The research suggests that many of the patients studied chose to commit suicide rather than face more severe pain later on in their disease.

The study also finds wide variation in how verdicts of suicide are recorded by coroners and made available to the public and policymakers. Coroners told researchers they sometimes “turn a blind eye” when they suspect that a terminally ill person might have had help from a friend or relative in committing suicide.

The study recommends that, as part of the Government’s ongoing consultation on preventing suicide, they should consider making local suicide audits compulsory and that coroners’ duty to share information should be formalised.