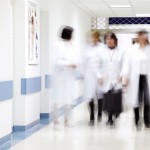 Suicide is a significant public health concern in the UK and globally. Recently it was reported that the UK male suicide rate in 2012 was 3.5 times that of women (Siddique, 2014). In 1981, when the data series these reports were based on began, the male suicide rate was 1.9 times that for women. However, overall there has been a slight decrease in deaths due to suicide in the UK. In 2012, 5,981 suicides in people aged 15 years and over were documented in the UK; which is 64 such deaths less than there were in 2011.

Potentially any contact that a person considering suicide has with a healthcare provider is an opportunity to engage in suicide prevention.  Predicting which individuals presenting to healthcare services are most at risk and may benefit most from such engagement is therefore very important.

A new study published recently in the British Journal of Psychiatry (Dougall et al, 2014) takes advantage of Scotland’s digitised National Health Service (NHS) hospital records. It aimed to use records of completed suicides over a 30-year period to analyse patterns based on the individuals’ last hospital admission before death (general or psychiatric), psychiatric co-morbidity and time to death. Ultimately this study is currently one of the largest reported of its kind with its aim to identify any potential opportunities for suicide prevention. It’s worth keeping in mind that through necessity of this being a scientific study, the data are presented as numbers, percentages and so forth, that the numbers represent people and the death of those people through self-harm.

Records were extracted from the National Records of Scotland (NRS) deaths register for the period from 1981 to 2010 of deaths of people aged 15 years or over with their underlying cause of death coded as suicide as a result of intentional self-harm. Rather than also including deaths with undetermined intent as being deaths by suicide, the study only included records for those where there was sufficient evidence of suicidal intent to record the death as being due to intentional self-harm.

Out-patient and maternity records were not included.

Where data errors in the record were apparent, e.g. wrongly linked to hospital records or duplicates, these records were excluded from the analysis.

During the time span of the study, 16, 411 deaths by suicide were recorded.  Out of these individuals, 5,275 had no linked hospital records and 229 had died in hospital with no previous admission records. This left 10,907 people who were last discharged while alive.

Individuals with hospital records who died by suicide:

Substantially more people who died by suicide were last discharged from general hospitals rather than psychiatric hospitals.

Last discharge from hospital with a diagnosis of injury or poisoning

Out of all the people who died after last discharge from general hospital, 38% had been given a main or any secondary diagnosis of ‘injury or poisoning’.  Out of these individuals, 22% had completed suicide within 3 months of last discharge, 33% within 6 months and approximately 67% within 1 year of last discharge.

The study found that 14% of those who completed suicide after last being discharged from general hospital had a psychiatric disorder recorded during their last time spent in hospital. This was either as a main or as a secondary diagnosis. The median time to death for these people was 7 months from last discharge.

67% of those last discharged from general hospital had no psychiatric diagnosis ever recorded anywhere in their hospital records. This group of patients had a much longer median time between their discharge and their death at around 33 months. The author’s concluded that higher percentages of people died by suicide after 3, 6 and 12 months after last discharge from general than from psychiatric hospitals. Less than half of these people had a primary diagnosis of ‘injury of poisoning’. The median time to death was approximately four times longer for those individuals without any current or previous psychiatric diagnosis history. They argued that more could be done to engage with suicide intervention, psychiatric evaluation and follow-up of people who are admitted to general hospitals with a history of self-harm or any psychiatric co-morbidity, whether in the past or at the time of hospital admission.

Engagement in suicide prevention within the general hospital setting suggested by the authors includes targeted follow-up of people admitted to with self-harm diagnoses (in particular younger men), and screening for psychological problems in those with either a self-harm history or of any psychiatric condition.

Such engagement would need more efficient and more widespread use of health records and ensuring that most if not all front-line hospital staff could engage in some mental health screening in ‘at risk’ patients.

Unfortunately, the Scottish general hospital database does not identify those individuals presenting to accident and emergency departments who subsequently discharge themselves before being admitted. Therefore it is likely that the number of people dying by suicide is actually higher than found in this study. However this would seem to add strength to the argument for more suicide prevention engagement in hospitals rather than weaken it.

Perhaps overall the findings of this study aren’t too surprising. The relative rates and ratios of people completing suicide are largely supported by other research and perhaps it is isn’t too shocking that people who sadly end up dying through suicide had previously and often recently presented to and been admitted to a hospital. The importance of this research lies in recognising that this admission occurs and is reasonably common place. Front-line hospital staff should be made aware of this and should be on the look-out for individuals with risk factors for suicide completion, hopefully leading to the avoidance of what may be preventable tragedies.

If you need them, The Samaritans’ contact details can be found here: http://www.samaritans.org/how-we-can-help-you/contact-us. They do excellent work and help a good many people with suicidal thoughts and intentions. You don’t have to suffer alone.