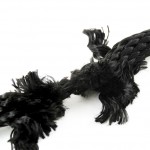 A new consultation on preventing suicide has been launched today by the Care Services Minister, Paul Burstow.  Bereaved families and experts in general practice, local government, transport, mental health and criminal justice will all help to inform a new strategy to be published in the New Year following a 3-month consultation phase.

One person dies every two hours as a result of suicide in England – the Government is determined to do all it can to prevent suicides. The suicide strategy will place a new emphasis on family members.  This means working with relatives to prevent a vulnerable person taking their own life and better supporting those who have been bereaved following a suicide.

The consultation calls for views on six areas of action:

The 2011 Annual Report of the National Confidential Inquiry into Suicide and Homicide by People with Mental Illness has also been published today and reveals:

Consultation on preventing suicide in England: a cross-government outcomes strategy to save lives. Department of Health, 19th July 2011.

Help is at hand: a resource for people bereaved by suicide and other sudden, traumatic death. Department of Health, 28th April 2010.

The National Confidential Inquiry into Suicide and Homicide by People with Mental Illness (PDF). Annual report for England, Wales and Scotland, 19th July 2011.