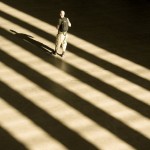 Suicides among mental health patients under home treatment are double the number of suicides in inpatient units, according to a new study published in The Lancet Psychiatry which looks at suicide rates in different mental health settings (Hunt et al, 2014).

The authors compared suicide rates in traditional acute mental health wards in England to the more recently established Crisis Resolution and Home Treatment teams, or CRHTs. These were set up in the early 2000s to provide an alternative to hospital – but it seems, they may not be doing the job of care as well as the wards.

At first glance (and if you don’t go beyond the press release) this looks like another round in a long-running conversation about the benefits of community vs hospital care (Thornicroft and Tansella, 2004). Is the former simply a money-saving gambit when we are too cash-strapped to provide proper care?

As someone who has spent a good portion of my working life in mental health wards, I’d like to think this is a simplistic view. People sometimes need hospital, but while there are some good initiatives about, there are also downsides to inpatient care such as dislocation, a potentially frightening environment and the stigma of the “loony bin”. There is a good case made for staying in familiar surroundings and close to loved ones during what may be the greatest crisis of your life. Suicide rates remain high for people under the care of CRHT teams, compared with the inpatient setting

The suicide statistics (14·6 per 10,000 episodes in CRHTs compared to 8·8 per 10,000 in hospital) are awkward for advocates of more community-based care. But while it could merit a rethink about the relative merits of hospital, perhaps the lessons from The Lancet Psychiatry paper are more nuanced.

It’s worth noting that overall suicide rates across these “acute” mental health settings declined slightly over the period studied (between 2003 and 2011). It could be that the number of people who kill themselves while an inpatient is relatively stable and the problem has simply been transferred from one setting to another one. It may also be that hospital may be quite good at preventing suicide while people are in-patients via a relatively controlled environment (greater observation, restricted access to ligature points and knives and so on) and people may leave hospital then kill themselves. This raises the question of what hospitals can do beyond simply controlling risk for the period of the stay. In a third of patients (n=428) under the care of CRHT teams, suicide happened within 3 months of discharge from psychiatric inpatient care

I also wonder, and I’m aware this is moving on to thinner ice, how appropriate is it to judge the success of services on the single measure of the suicide rate (I would stress the study authors don’t do this). I’ve argued elsewhere that simply putting resources into preventing suicidal behaviour may cut people off from their own resources for recovery. You become responsible for their safety and they lose touch with how to manage their own difficulties. Concentrating only on the cases where someone dies, ignores many other potentially good outcomes of a strategy where suicide prevention is a goal, but not the only one.

Interestingly, the study found that a high proportion (30%) of the people who killed themselves while under care of CRHTs were quite isolated (living alone, for example). Rather than an example of CRHTs being a bad option, this might be reflective of care decisions made inappropriately. Sending people out of hospital without support around them is irresponsible – it’s a no-brainer isn’t it?

Of course this is also with the benefit of hindsight. No one is looking at the other occasions where people were sent out of hospital and did not die. Keeping people in hospital simply because they don’t have much support outside, doesn’t seem like a realistic solution.

Health professionals do not have a crystal ball and cannot predict risk even close to perfectly. Perhaps they shouldn’t try. If you can’t take even “positive” risks (ones where there is a potential gain in terms of managing your own distress despite the dangers), then mental health services might as well pack up and go home. The reality is that there will always be suicides in mental health services. While there is always room for improvement, the risks remain high. Rather than lamenting the absence of a crystal ball, I sometimes find myself yearning for a magic wand. John McGowan does not work for, consult to, own shares in or receive funding from any company or organisation that would benefit from this article, and has no relevant affiliations.

This article was originally published on The Conversation.
Read the original article.