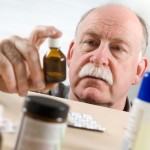 There is a clear need for specialist assessment and care for older people who self-harm, according to two papers published in the May issue of the British Journal of Psychiatry.

Researchers from the University of Manchester studied 1,177 people over the age of 60 who were admitted to six general hospitals in Oxford, Manchester and Derby after self-harming. The most common method of self-harm was self-poisoning (88%) followed by self injury including cutting (9%) and violent methods such as hanging or asphyxiation (3%).

Of these 1,177 older adults, 12.5% went on to harm themselves again within 12 months and 1.5% had died by suicide within 12 months. The researchers found that the risk of suicide among those who self-harmed was 67 times greater than the risk among older adults in the general over-60s population – and three times greater than that the risk of suicide among younger adults who self-harm. The suicide rate was highest among men aged 75 years and above. Those who repeated self-harm were more likely to be single or live alone. Other important risk factors included previous self-harm or contact with mental health services.

Lead researcher Elizabeth Murphy, of the Centre for Mental Health and Risk at the University of Manchester, said:

Our study shows that older adults who are admitted to hospital with self-harm are a high-risk group for subsequent suicide. Emergency departments may therefore be a key setting in terms of their potential for suicide prevention. All older adults who present to hospital with self-harm should be considered as being at elevated risk of suicide, unless a detailed assessment shows otherwise. In particular, men over 75 years old need to be carefully monitored and assessed, as the risk of suicide is particularly increased in this group.

In an accompanying editorial, psychiatrists Professor Michael Dennis and Dr David Owens said the research findings re-emphasise the need for hospitals to adhere to existing guidance on the treatment of older people who self-harm.

Adherence to guidelines should be monitored and audited by healthcare providers, particularly where there is pressure on beds. Older people should not be discharged home from the emergency department before an appropriate assessment has been undertaken by a mental health specialist trained to assess the risks and needs in this age group. Mental health services and primary care also need to be ready to deal with the longer-term management of vulnerable older people with depression and a history of self harm.