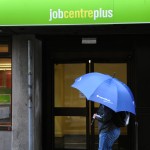 Approximately 804,000 people die by suicide each year – about one person every forty seconds (World Health Organization 2014). With three-quarters of suicides occurring in low and middle income countries, suicide is a major global health concern. The recent financial crisis has led to researchers re-examining the links between recession, unemployment and suicide (Barr et al. 2012; Reeves et al. 2014a).

The individual-level relationship between unemployment and suicide is not new (Platt 1984). Alongside mental illness, relationship conflict and previous suicide attempts (World Health Organization 2014), job loss greatly heightens the risk of suicide. Therefore, during times of high unemployment when many individuals lose their jobs or are faced with job and financial insecurity, suicide rates often increase, particularly among men.

Across Europe and North America, Reeves et al (2014b) estimated that approximately 10,000 excess suicides took place in 2008-10; so called “economic suicides”. The increase in the suicide rate associated with the recession was also four times higher among men than women, exacerbating the existing gender gap in suicide.

A limitation of the existing studies examining the influence of the recession, unemployment and suicide is that they often do not take into account prior trends in the suicide rate and use data from a restricted number of countries, most often located in Western Europe. These limitations prompted the recent study by Nordt and colleagues published in the Lancet Psychiatry and covering four world regions. 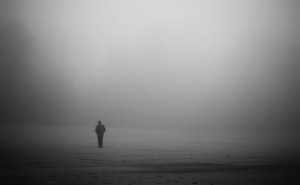 The WHO estimates that worldwide, someone dies from suicide every 40 seconds. 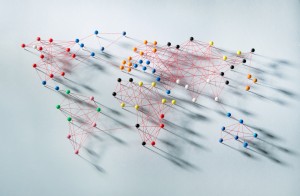 63 countries were included in the analysis, but coverage was best in the Americas and Europe.

The authors found that the relative risk of suicide associated with unemployment was increased by 20 to 30% across all geographic regions during 2000 to 2011. The association was non-linear and including a time-lag of six months was the best fit with the data. They predicted that an increase in the unemployment rate from 3 to 6% was associated with a 6.1% increase in the suicide rate, but an equivalent rise in the unemployment rate from a higher baseline, for example from 12 to 15% would result in a smaller 2.2% increase in suicide.

Their final statistical model predicted that approximately 233,000 suicides occurred each year, of which 45,000, or nearly one in five, were related to unemployment. When examining the impact of the recession, they estimated that suicides related to unemployment rose by nearly 4,983 from 41,148 in 2007 to 46,131 in 2009. The association between unemployment and suicide was similar in each of the regions examined, as was the influence of gender.

Men had a four-fold higher risk of suicide in all four world regions; with rates highest among men in the Southern and Eastern European region and among women in the Non-Americas and Non-Europe group. Overall, the authors found that suicide declined over the time period studied; however there were some differences between world regions. Notably, the relative risk of suicide increased by 0.7% per year in the Americas, with most other regions experiencing a decline or remaining stable. 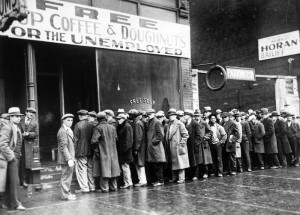 The study suggests that unemployment might account for 9 times as many deaths by suicide every year (about 45,000) as the recent economic crisis (around 5,000 excess suicides).

The authors interpret their results in terms of feelings of job insecurity. In countries where unemployment is less common, they think an unexpected rise in the unemployment rate may generate more worry and insecurity compared to countries with generally higher unemployment. Similarly, they believe added work stress and job insecurity that is often related to corporate downsizing and restructuring may explain the time lag whereby the suicide rate was predicted to increase six months prior to an increase in unemployment. 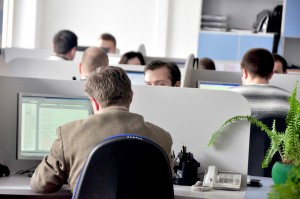 The researchers found that suicide rates increased 6 months before a rise in unemployment.

Despite it being reported in a number of articles covering this piece of research, it cannot be concluded from this study that unemployment “causes” suicide (Boseley 2015; Cummins 2015). This is especially so given the finding that lower baseline unemployment was related to greater increases in suicides following a rise in unemployment.

With news that the suicide rate among men in the UK is now at its highest level since 2001 (ONS 2015), we nevertheless should not underestimate the importance of this study. As the authors recommend, prevention strategies focused on the unemployed and on employment and its conditions are essential in times of both economic prosperity and uncertainty. 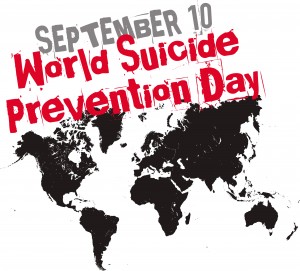 Read our other blogs of suicide research

Cummins I (2015) One in five suicides caused by unemployment but the lead-up to lay-off hurts most. The Conversation. Accessed 19/02/2015

Reeves A, McKee M, Stuckler D (2014b) Economic suicides in the Great Recession in Europe and North America. The British Journal of Psychiatry 205 (3):246-247 [PubMed abstract]

Last reply was February 28, 2015
Try out our members features!