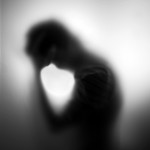 People with an interest in the absolute risk of suicide, and how suicide relates to other mental health conditions, will want to read more about this new Danish cohort study published in the Archives of General Psychiatry.

This prospective study involved 176,347 people who were followed up for as long as 36 years from the point at which they first came into contact with secondary mental health services as an adult (older than 15 years of age) until they died, emigrated, disappeared or until the end of 2006. The median follow up across this huge group of people was 18 years.

The main outcome measure in the study was the absolute risk of suicide in percentage of individuals up to 36 years after the first contact.

This is the first analysis of the absolute risk of suicide in a total national cohort of individuals followed up from the first psychiatric contact, and it represents, to our knowledge, the hitherto largest sample with the longest and most complete follow-up. Our estimates are lower than those most often cited, but they are still substantial and indicate the continuous need for prevention of suicide among people with mental disorders.