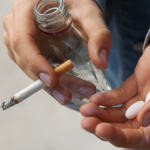 Some of the country’s leading experts on mental health and substance abuse will gather at the University of York tomorrow to “end the silence” surrounding women and addiction. We’ll be taking this #WomenAndDrugs event #BeyondTheRoom and I’m delighted to be publishing two relevant blogs, one today and the other tomorrow. Here’s the first from regular elf blogger Ian Hamilton.

Our understanding of drug use has been contaminated by moral judgements about people who use drugs. When you combine drug use with offending this is amplified. Even though much has been written about this issue, we still have many unanswered questions.

In a recent paper (Grace, 2017), Sharon Grace tried to find out which interventions are effective for drug using women offenders.

Women offenders use of drugs is greater than their male counterparts (Prison Reform Trust, 2015):

Women also have higher rates of self-harm and are at higher risk of contracting HIV as a result of drug use.

The good news is that once women are in treatment they are more likely to engage, stay longer and have improved outcomes than men. Although as with men, many women are reluctant to seek help in the first place and have distinct reasons for wanting to avoid contact with agencies. Many will underplay their substance use for fear of losing their children for example. 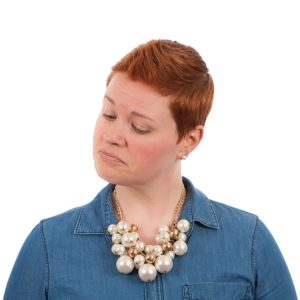 Our understanding of drug use has been contaminated by moral judgements about people who use drugs.

This literature review used a narrative methodology as the process for searching and summarising studies that focussed on interventions for women. 89 articles were deemed relevant and categorised by type of intervention. The following themes were identified:

Psychosocial interventions for drug use in prison

One programme that used a psychosocial group approach in prison to treat mental health and drug use problems did show promise by reducing symptoms of depression for those in the experimental arm of the trial. However this impact was not sustained following release from prison.

Generally there is sound evidence to support the use of opiate substitution therapy (OST), but few studies have been conducted within a prison setting. The results are mixed for women. One study found that for females under the age of 30 on OST for a year, there was a significant reduction in offending. Another study found that for women prescribed buprenorphine at the time they were released from prison, they were more likely to complete treatment. Unfortunately there was no difference between the experimental and control groups at follow up, with 83% of both groups returning positive urine opiate tests.

Irrespective of gender, the evidence points to the importance of continuing OST after release, particularly as the first four weeks after release from prison is known to be a high risk period for death due to opiate overdose. This is in the main due to tolerance to opiates having fallen during prison, then on release the individual returns to their usual dose of opiate with fatal consequences.

Encouragingly there is some evidence supporting therapeutic communities within a prison setting for women with the greatest needs. Although this is reliant on the length of time in treatment and ensuring a smooth transition from prison to community services.

Several studies highlight the importance of additional support for housing, education and employment if the benefits and gains achieved by participating in therapeutic communities in prison are to be maintained on release.

One study suggests that: “for each additional day spent in aftercare, the odds of a return to custody within 12 months were reduced by 1%”. If this is the case, an economic evaluation would provide some useful evidence of the potential economic benefits for providing such aftercare, which could add to the health and social benefits for women. 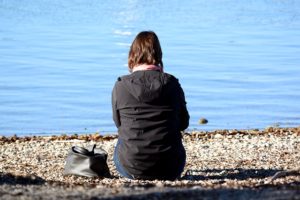 Therapeutic communities in prison may be beneficial, but only if women are also given housing, education and employment support on release.

Although an established feature in America, drug courts are a relatively recent innovation in the UK criminal justice system. As the name suggests, they provide specialist oversight and access to interventions aimed at helping drug using offenders recover from substance use and avoid prison. They are an important way of ensuring women maintain contact with their children.

Most of the evidence sourced in this review was from the United States as this is where the majority of studies have been conducted. These studies show that drug courts are able to offer individualised packages that gave women access to a range of providers and types of support. One qualitative study reported the value women placed on being able to talk to other women who had themselves recovered from drug dependence. They viewed them as credible, which helped to build trust.

However, other evaluations of drug courts have pointed to the demands that these programmes place on the women they seek to help and the lack of practical help with transportation, domestic violence and childcare needs.

As with drug courts, one factor that stands out in the evaluation of mentoring is the importance of role models for women who are currently struggling with drug use. Seeing other women do well in a programme gave women hope and confidence that they could make changes in their lives.

Alcoholics Anonymous is a popular model around the world and while many men and women have found this form of peer support helpful, it is not without its limitations. The review highlights the focus on the individual’s responsibility to change. For women this can potentially ignore or minimise the experience they have of violence. As the meetings are mixed gender, this can expose women to unwanted sexual advances, for some compounding their previous experience at a time when they are particularly vulnerable.

So, thinking about all the interventions listed above, is there anything to be gained by offering gender specific programmes ? In summary, the evidence to date suggests that the positive aspects of this approach are:

The limitations (or more accurately what needs to be considered almost universally in these programmes) is individualised and comprehensive aftercare. In other words, while significant progress can be made while in prison, this support should not cease abruptly at the point of release.

Likewise, the emphasis placed on individual responsibility in some programmes ignores the structural disadvantage and adverse circumstances that women have experienced and continue to face. This can leave women believing that they are solely responsible for their problems rather than recognising the social disadvantage they have faced and be given credit for surviving experiences and events that are traumatic.

This review makes clear that there is promise and hope with some interventions, but that these not only rely on integrated support between prison and community providers, but also between the range of disciplines and agencies involved in the complex needs female offenders have. To be optimal, these packages of support should not only be intense but also provided over a long period of time.

We are wiser than we were about what might work for women who have a range of complex but interrelated problems following this review. But having some evidence isn’t enough. There needs to be the political will to prioritise investment and resources into this issue. This might just happen with the newly elected Director General of the World Health Organisation Tedros Adhanom Ghebreyesus stating that the wellbeing of women will be one of his top priorities. A global perspective and (more importantly) action matters, as more women are imprisoned for drug related offences than any other crime. 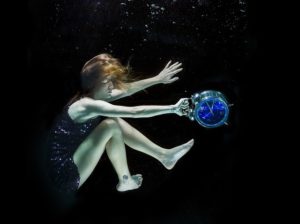 Optimal addiction care for female offenders should be individualised and provided over a long period of time.

Last reply was October 11, 2017
Try out our members features!