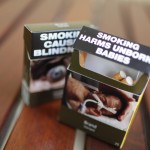 Standardised (or ‘plain’) packaging of cigarettes requires all branding to be removed, leaving the brand name to be placed in a standard location and font on a standard colour cigarette pack. Apart from the small brand name, the packs would still feature a prominent health warning as well as counterfeiting marks.

However, the story is not that simple, and the four major transnational tobacco companies (TTCs) (British American Tobacco, Imperial Tobacco, Japan Tobacco International and Philip Morris), who strongly oppose standardised packaging legislation also submitted reviews of the evidence to the consultation. Totalling 1,521 pages overall, these responses were just four of the 2,444 detailed responses submitted to the consultation. The Department of Health report on this consultation, which was not published until 11 months after the end of the consultation period, stated that the government would wait for emerging evidence from Australia (Department of Health, 2013). 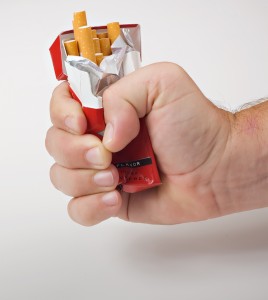 Normally, tobacco control policies are protected from the vested interests of TTCs by the Framework Convention on Tobacco and Control (FCTC), which has been signed by over 180 countries around the world, including the UK. However, public consultations in the UK are also governed by a piece of legislation called Better Regulation, a key feature of which is to include businesses and other vested interests in the process of public policy-making.  There was therefore a clear tension between the FCTC and Better Regulation when it came to this public consultation.

A paper recently published in BMJ Open by researchers at the University of Bath, part of the UK Centre for Tobacco and Alcohol Studies (UKCTAS) has investigated the ways in which the four largest TTCs used the Better Regulation framework to influence the government’s decision on standardised packaging (Hatchard et al, 2014). Hatchard and colleagues compared the evidence submitted to the consultation by the TTCs and that submitted by the researchers from Public Health Research Consortium in their systematic review. The evidence from both groups was assessed for its policy relevance and its quality. 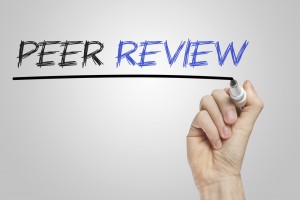 Evidence was included in the analysis if it was relevant to plain packaging, independent from industry funding and peer reviewed

The 17 pieces of TCC evidence addressing standardised packaging were therefore shown to be of lower quality (in terms of both independence and peer-review status) than the 37 pieces of evidence in the systematic review.

There are three main findings of this analysis:

The authors conclude that the Better Regulation process gives corporations the potential to unduly influence the policy process. Given that the FCTC states that tobacco control policies should be protected from the vested interests of the tobacco industry, the other 177 countries which are signatories to the FCTC should implement clear guidelines on how to deal with TTC submissions to consultations. In order to do this, the authors make two suggestions:

The main limitation of this study, which is acknowledged by the authors, is that only proxy measures of evidence quality (independence and peer-review) were used, rather than a validated quality assessment framework. For example, standards of peer-review can vary, being very stringent or more lenient. However, the authors state that these proxy measures, which do not require scientific expertise or extensive data extraction, are the most appropriate for use by policy makers when assessing the quantity of evidence typically presented to them. 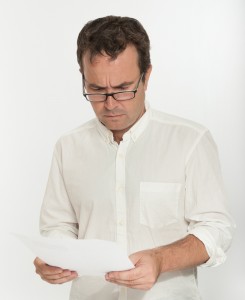 The TTCs submitted a large volume of evidence to the public consultation on standardised packaging, but much of this was lacking in quality and / or was not relevant to the debate. It therefore should be treated with caution.

Since this consultation, a new independent review of the evidence for standardised packaging was commissioned by the government in November 2013. This review is currently ongoing, led by Sir Cyril Chantler (the Chantler Review). A more recent study by the same research group at the University of Bath, published in PLOS Medicine, suggests that the evidence submitted by the TTCs to the Chantler Review was just as misleading as that submitted to the consultation, and in particular, the companies misquoted standardised packaging studies and changed their main messages.

The outcome of the Chantler review was published today. This report concludes that it is:

Highly likely that standardised packaging would serve to reduce the rate of children taking up smoking and implausible that it would increase the consumption of tobacco.

Today in the House of Commons, the Under Secretary of State for Public Health, Jane Ellison, has stated that Chantler ‘makes a compelling case’ and that it was ‘very likely to have a positive impact on public health’.  Ellison reported that she was therefore ‘currently minded to proceed with introducing regulations for standardised packaging’.

Draft legislation will now be drawn up, alongside a final short consultation, with a view to introduce standardised packaging before the next General Election in 2015. 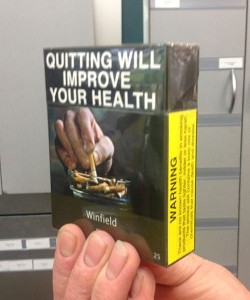 Plain packaging was brought in by the Australian government in 2012

Badenoch, D. Uptake of plain packaging was associated with reduced satisfaction from smoking and increased will to quit. The Lifestyle Elf, 25 Jul 2013.