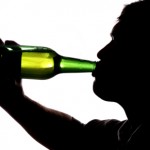 The Health and Social Care Information Centre have published Statistics on Alcohol for England 2011.  The yearly report includes data on drinking behaviour among adults and children, knowledge and attitudes to alcohol, drinking-related costs, ill health and mortality.

The widely reported headline from the data is that the number of alcohol-related hospital admissions in England has exceeded one million for the first time, with admissions increasing by 12% between 2008-09 and 2009-10.  This represents a doubling of admissions since 2002/3.

Here are the key facts from the report:

Alcohol is one of the biggest public health problems facing the country yet sadly this government is showing no commitment to deal with the problem. Without minimum unit pricing, a radical overhaul of the licensing act and investment in alcohol treatment our research shows that by 2015 alcohol-related hospital admissions will rise to 1.5 million and the annual health cost increase to £3.7bn.

The Department of Health will be publishing a new alcohol strategy later this year.

Last reply was November 17, 2011
Try out our members features!