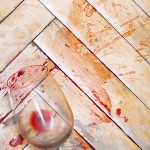 Alcohol is responsible for approximately 2.5 million deaths worldwide every year, making it the third largest cause of preventable death after tobacco and obesity. The economic burden to the UK has been estimated in the region of £20 billion per year, comprising the NHS bill, costs to employers and policing costs amongst other things.

Reducing harmful use of alcohol is therefore a top priority, and there are two broad ways that this can be achieved:

A recent review published in Preventive Medicine investigated the effectiveness of population-level interventions to reduce alcohol consumption and associated harms such as drink-driving and alcohol-related violence. The authors found that overall these interventions were effective but, as always, the devil is in the detail.

This is a narrative review of previously published systematic reviews published from 2002 onwards. They identified 52 primary reviews, and rated them for quality. Twelve were rated as high quality, 29 as medium and 11 as low quality.  Most of the primary studies were conducted in North America, Northern Europe and Australasia.

A diverse range of interventions were considered, some examples of which are listed below (this is not an exhaustive list!):

After grouping the interventions in this way, the authors performed a narrative review of the systematic reviews.

There was some evidence for the effectiveness of all of the different types of interventions that were studied, although the consistency and quality of the evidence was highly variable.  A general observation was that there was more consistent support for regulatory or statutory enforcement interventions as opposed to local, non-regulatory approaches that targeted particular groups of individuals. Restricting when alcohol can be purchased is effective, as is reducing the density of places where it can be bought The findings from this paper are consistent with two similar reviews published in 2010. Therefore, for people familiar with those earlier reviews, the main take-home message is that nothing much has changed in the previous three years.

The authors noted the:

greater pattern of support from the evidence base for regulatory or statutory enforcement interventions over local non-regulatory approaches targeting specific population groups.

This can be seen as good news or bad news, depending on your point of view. Regulatory or statutory interventions (such as tax rises) normally need to be instituted at the national or federal level, which means that not much can be done at the local level. It would take a brave government to introduce some of the more controversial policies, such as minimum unit pricing, and local authorities are powerless to introduce such changes on their own, even if they might want to. Even where local authorities do have the power to change things or introduce new policies (for example attempts to control of the density of alcohol sales outlets), these are often challenged by conflicting regulations.

Given the diversity of interventions that were considered, you might wonder if this is a case of “noise in equals noise out”. The authors were aware of this risk, and they comment that any bias that is present in primary studies is compounded by additional layers of bias at the systematic review stage, and a further layer of bias at the next stage of summarizing all of those systematic reviews. However, the authors did their best to mitigate against this, by coding the systematic reviews for quality and plotting the consistency of evidence in different domains.

The authors also noted that some more recent population-level interventions, such as minimum unit pricing, could not be considered because there were not enough primary studies to warrant a systematic review of their effectiveness. Therefore, this kind of uber-review really needs to be repeated every few years, in order to capture the effectiveness of novel interventions.