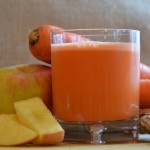 Conflict of interest: Natasha Clarke and Matt Field are at the same institution as Ian Gilmore (University of Liverpool), and all three are members of the UK Centre for Tobacco and Alcohol Studies. Matt Field is also an ‘expert advisor’ for the Dry January campaign. This unpaid role involves providing information and advice to people who are attempting Dry January.

‘Dry January’ is an Alcohol Concern campaign, supported by Public Health England, in which people commit to a month of complete abstinence from alcohol. As the number of people taking part increases, it is important that participants are aware of the potential benefits and unintended consequences of having 31 days off the booze.

In a recent head-to-head BMJ article (Hamilton & Gilmore, 2016), Ian Hamilton and Ian Gilmore debate the claim that ‘Dry January’ may be doing more harm than good; just because the campaign is popular, this does not necessarily mean that taking a month off alcohol is a good thing. Ian Hamilton claims we do not know enough about such campaigns and is concerned that it has not been rigorously evaluated, whereas Ian Gilmore highlights that it provides an opportunity to reflect on one’s drinking behaviour, and points out evidence that is suggestive of beneficial effects on health and wellbeing. 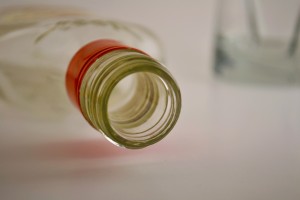 Is it possible that ‘Dry January’ may be doing more harm than good?

Who should take part?

Ian Hamilton’s first criticism is that ‘Dry January’ does not clearly define its target audience. It is suggested that the campaign may only attract low-risk drinkers who would find it easy to be abstinent for a month. However, a recent study that investigated those participating in Dry January found that their average score on the Alcohol Use Disorders Identification Test (AUDIT) was 12, which is above the cut-off score for hazardous drinking (8). Furthermore, promotional material for the campaign makes it clear that participation is open to anyone who wants to examine their relationship with alcohol.

Another criticism is that the campaign may confuse people about what constitutes ‘safe’ drinking. In the context of recently revised government guidelines (DH, 2016) – no more than 14 units per week – it could be confusing to imply that a month of continuous abstinence could mitigate the harmful effects of excessive drinking for the rest of the year. Wouldn’t it be better to send out a consistent message that people should drink within the government guidelines throughout the year? However, Alcohol Concern do make it clear that people should try to reduce their alcohol consumption throughout the year, whether they do Dry January or not. Furthermore, there is evidence to suggest that taking part in ‘Dry January’ can result in a longer term reduction in drinking: Public Health England’s evaluation of those who took part in 2015 showed that 67% of participants had a sustained drop in their alcohol consumption after 6 months, and 8% had decided to stay dry.

Recent research by de Visser and colleagues (2015) adds to these findings, a questionnaire was given to 3,791 people who took part in the campaign and the study found that 71% of those made it through the month without drinking. A 6-month follow-up assessment revealed significant reductions in alcohol consumption and hazardous drinking, even in those who did not abstain for the month. A limitation of this study is the very high drop-out rate, as only 23% completed the follow-up questionnaire. Participants completing the follow-up may have been more likely to continue their long-term change in drinking habits compared to those who did not provide follow-up data; therefore these results must be interpreted carefully.

Interestingly, this study also found improvements in Drinking Refusal Self-Efficacy (an individual’s self-perceived capacity to refuse alcohol) that resulted from taking part. Such consequences of participation in the campaign need further research, as it suggests a potential mechanism through which taking part may lead to sustained reductions in drinking. 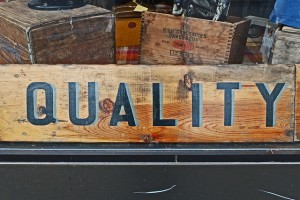 Higher quality evaluations of Dry January are needed before we can be sure of its impact.

Even if it does not lead to long-term reductions in drinking, a month off drinking can still have benefits in the short-term. One small scale study showed that abstaining for a month prompted reductions in liver fat, blood glucose and blood cholesterol alongside self-reported benefits such as a higher quality of sleep and improved concentration. However, larger scale studies, with appropriate control conditions (e.g. drinking within government guidelines through the month), are needed to investigate the benefits of abstinence more thoroughly.

Another criticism of the ‘Dry January’ campaign is that abrupt abstinence could be harmful in people who are physically dependent on alcohol. This is a group who need expert help when quitting drinking, and a safe management of withdrawal from alcohol. However, the campaign is aimed at social drinkers rather than dependent drinkers, and Alcohol Concern are very clear that “Dry January is not a medical detox plan for those who are alcohol dependent”, and heavy drinkers should consult their GP before starting. If ‘Dry January’ can prompt dependent drinkers to seek out professional help, that can’t be a bad thing. 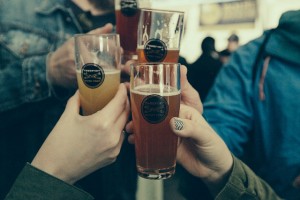 Dry January is aimed at social drinkers, not dependent drinkers.

This head-to-head article raises some important issues. Ideally, the majority of alcohol consumers should stick to the government guidelines throughout the year, and alcohol dependent individuals who want to abstain should seek professional help. But this is easier said than done, and campaigns like Dry January may play an important role when it comes to encouraging people to rethink their relationship with alcohol.

The available research, although limited, suggests some short-term and long-term benefits of taking part, although better quality evidence is certainly needed.