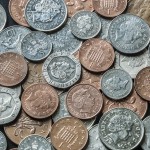 The UK government’s minimum pricing policy for alcohol has been hotly debated over the last couple of years and this week a new study describing the potential benefit of minimum unit pricing over the governments’ current ban on below cost selling has started sparks flying once more.

In the paper, published on Wednesday in the British Medical Journal (BMJ), Brennan and colleagues (2014) use sophisticated modelling to compare the expected effects of the two policies on the following outcomes:

However, before we get our teeth stuck into the study itself, what’s the difference between the two policies? Minimum unit pricing is about setting a floor price (e.g. 45p) for a single unit of alcohol.

A ban on below cost selling (BBCS)

The authors answer the following question in their study:

What would the differential potential impact of a BBCS versus a MUP policy of 40p, 45p or 50p if the policies were to be implemented in 2014-2015? Despite once publicly supporting a minimum unit pricing of 40p. David Cameron’s government has decided instead to put in place a ban on the sale of “below cost” drinks.

As I said, the authors used some pretty sophisticated modelling techniques (using the Sheffield Alcohol Policy Model [version 2.5]) to answer their research question, but in brief, in order to work out the likely effects of these two alcohol policies, the following information was entered into the model:

Given that harmful drinkers are a policy priority group, (consuming on average 58 units for females and 80 for males per week and spending £1,800 and £3,400 per year respectively), the authors focus in particular on the effects of the two policies on this group. Also, whilst MUP at 40p, 45p and 50p were all assessed, I will focus on MUP at 45p, as this is the level initially proposed by the UK government.

Proportion of the market affected by the policies

Health harms, including deaths, admissions to hospital, quality of life and costs to the NHS The study findings suggest that harmful drinkers would be helped most by minimum unit pricing.

Professor Alan Brennan, professor of Health Economics and Decision Modelling at the University of Sheffield, who led the study said:

Despite some study limitations we found that a minimum unit price of 45p would be expected to have 40-50 times larger reductions in consumption and health harms.

The limitations Professor Brennan alludes to include the fact that certain assumptions about alcohol price elasticity and actual alcohol consumption and expenditure had to be made in order to run the model. However, the authors state that the sensitivity analyses they have conducted show that the relative scale of the impact of a BBCS versus MUP is robust to these assumptions and uncertainties and, if anything, the scale of the difference is likely to be conservative.

In the editorial accompanying the paper (Stockwell, 2014), Tim Stockwell, the director of the Centre for Addictions Research at the University of British Columbia, Canada, notes that one way to test whether the model is conservative is to compare the model’s predicted effects with actual reported effects in a country where MUP has been introduced. Indeed, when the model is applied to two Canadian provinces with MUP policies, the model underestimates the number of deaths by 2.3 times and the number of hospital admissions by almost 5 times.

It seems therefore that the model is robust enough to assess the effects of the two policies and if anything, underestimates the true likely effect of MUP. These data suggest that MUP would be a far more effective method of reducing consumption and preventing alcohol related harm than the BBCS implemented earlier this year in the UK. Minimum unit pricing in Canada has been associated with significant reductions in alcohol related harm.

Response from government, industry and others

Perhaps unsurprisingly, this study has not found favour among the alcohol industry, with Miles Beale, Chief Executive of the Wine and Spirits Association arguing that the government should not be “punishing responsible drinkers through higher prices”, a statement which seems at odds with the study’s results which shows that MUP would specifically target harmful drinkers. Indeed, this is what makes MUP different from more indiscriminate policies, such as general price or tax increases, which would indeed punish moderate drinkers.

By contrast, Sir Ian Gilmore, chairman of the Alcohol Health Alliance, warmly received the results of the study and urged Westminster politicians to back the Scottish plans for MUP and “help push it through the European Court of Justice for the good of the public’s health.”

This close relationship between UK government and the alcohol industry is well documented and alcohol industry lobbying has been cited as the main reason for the government U-turn on MUP in 2013 (Gornall, 2014). Unlike tobacco control policies in the UK, which are protected from the tobacco industry and other commercial interests through a World Health Organisation framework (WHO FCTC, 2005), this is not the case for alcohol policies. John Holmes, a Public Health Research Fellow at the Sheffield Alcohol Research Group, and one of the authors of this study, has previously acknowledged that the alcohol industry should have some say in alcohol policies, but that he is also concerned that the industry is “not particularly interested in . . . engaging in any kind of debate about whether their arguments are accurate. It’s all about creating doubt about what we’re saying.”

Whether the alcohol industry will continue to cast doubt on this research and whether the government will choose to listen to the researchers or the industry, remains to be seen. In late 2015, the European Court of Justice will decide if the Scottish parliament’s 2012 legislation can be passed, which will have a massive impact on public health in Europe.