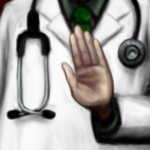 Many people who self-harm do not present to medical services at all (Hawton, Rodham & Evans, 2006), however, around 200,000 episodes of self-harm result in hospital presentation annually (Hawton et al., 2007; NICE, 2011). This represents the ‘tip of the iceberg’ in terms of the number of people who actually engage in self-harm, and we know comparatively little about the presentations, characteristics and treatment of people who are seen in primary care following self-harm.

Carr and colleagues found the role of primary care in the management of self-harm to be neglected, stating:

just 14 of its 152 recommendations [from the NICE 2004 guidelines] provided instruction to primary care teams, and…only 3 of the 57 recommendations made in 2011 by NICE clinical guideline 133.

This ‘stock-taking’ of current practice around the clinical managements of self-harm in primary care is therefore a crucial and timely contribution to the literature. 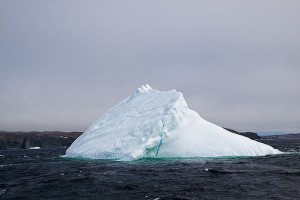 In the UK, around 200,000 episodes of self-harm result in hospital presentation each year, but this figure is just the tip of the iceberg.

This is a nationally representative cohort study examining patterns of attendance, treatment and referral, and risk of self-harm repetition, suicide and other causes of premature death. They studied a huge data set with a sample of 41,500 people.

The study used data from the Clinical Practice Research Datalink (CPRD; DoH, 2011). The CPRD is a “governmental, not-for-profit research service, jointly funded by the NHS National Institute for Health Research (NIHR) and the Medicines and Healthcare products Regulatory Agency (MHRA), a part of the Department of Health.” (MHRA, 2016).

The researchers took a cohort of 47,970 patients for analysis. Only those patients for whom there were follow-up data were included in the final analysis, giving a sample of 41,500 individuals (data from 684 GP surgeries, over 13 million patients).

A coding framework was used to identify patients aged 15-64 years old if they had engaged in any form of self-harm, with or without suicidal intent. Patients who presented with alcohol-related poisoning or suicidal thoughts without self-harm, were excluded from the study.

Both of which must have been recorded between the index episode of self-harm and the 1 year follow-up.

Of those for whom follow-up data were available:

A key thing to bear in mind when looking at these two figures is that there is overlap, i.e. some of the 15.2% who received a referral also were prescribed medication. So let’s look at these figures in a bit more detail:

If patients’ GP practices were in a deprived area, they were 27.1% less likely to be referred to mental health services subsequent to their index episode of self-harm.

In terms of the types of medication prescribed, 9.6% (3,985 of the 26,065 people prescribed medication) were given tricyclic antidepressants. Notably, the number of patients being prescribed Citalopram following self-harm fell markedly for those whose index episode was in 2012, having been steadily rising for many years until this point. 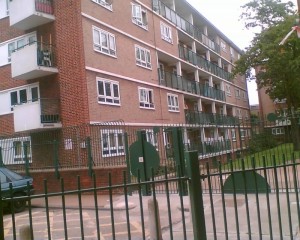 Self-harm patients in the most deprived localities have the least chance of being referred to mental health services. 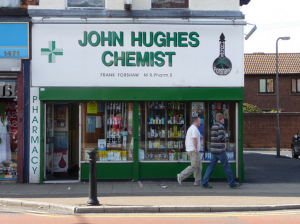 One in ten people who presented to their GP after self-harming were prescribed medication without a diagnosis or referral.

This is a substantial study with a wealth of important key points, which provides crucial insights into an area where little previous knowledge existed and has highlighted the pressing need for further research and changes in practice.

Following GP presentation for self-harm, one in ten individuals within the study sample were prescribed psychotropic medication, in the absence of any referral or even a diagnosis of a mental health condition. This is very troubling and as the authors highlight, “represents a departure from evidence-based clinical practice”. Additionally, prescribing tricyclic antidepressants to individuals who have self-harmed was not uncommon. Given the relatively higher toxicity of tricyclics in overdose compared to other types of antidepressant medications, this should be a key target for guideline development and training for GPs.

One potential limitation of the study is that deprivation in the postcode area of patients’ GP practices may not be consistent with the deprivation experienced by patients themselves.

A useful feature of a future study might be to combine data on whether patients were already receiving mental health care (meaning a referral was not required) and if they were receiving psychological therapy.

Given that many individuals who self-harm never present to hospital (Hawton et al, 2006), GPs represent a vitally important, but neglected, part of self-harm management and prevention. This study highlights the urgent need for interventions to change the clinical management of patients who attend primary care following self-harm. It also brings into sharp focus a key health inequality in self-harm care that we need to work significantly better to understand. Useful and productive clinical encounters are not just management of self-harm, but also prevention of future self-harm.

Greater adherence to the 2011 NICE CG133 ‘Do not do’ recommendation against tricyclic antidepressant prescribing is required.

The current study aimed to explore the clinical management of self-harm using two key clinical indicators: referrals to specialist mental health services, and prescribing of psychotropic medication. A further aim was to investigate the role of deprivation in self-harm care.

The study found that in a sample of 41,500 individuals, following presentation to GPs for self-harm, fewer patients were referred on to specialist mental health services than received a prescription. Of concern, one in ten of these patients received a prescription in the absence of any referral or even a diagnosis of a mental health condition. Patients were less likely to be referred if they belonged to a practice in a deprived area; a stark example of the Inverse Care Law.

Additionally, following self-harm many patients still received prescriptions for drugs that were highly toxic in overdose, which goes against the NICE ‘do not do’ recommendations.

The current study provides a timely and important insight into clinical management of self-harm in UK primary care, and offers many possibilities to improve the care of individuals who have self-harmed. 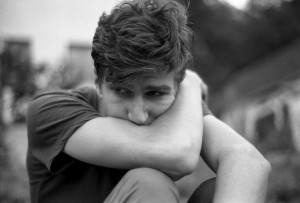 GPs can provide useful and productive clinical encounters that are not just about managing current self-harm, but also focus on preventing future self-harm.

How does this link to current knowledge about self-harm and are there alternatives to prescribing medication?

If people who self-harm or attempt suicide go on to seek and receive help, they are much less likely to end their lives. People take their own lives because the distress of living becomes too great or illness or other personal circumstances seem intolerable. But research has shown that encouraging help-seeking behaviour and ensuring an appropriate and early response saves lives. Increasing hopefulness, emotional resilience and resourcefulness, and boosting people’s reasons for living and removing ‘access to means’ have also been shown to reduce suicide rates. Even more reason not to prescribe tricyclic antidepressant medication following self-harm.

The majority of people who attempt suicide never reach the point of trying to end their life again. Furthermore, the majority of people who attempt suicide, but survive, never again try to take their own life. If GPs and primary care teams can support their patient at risk of suicide, there is a good chance that a life will be saved not just in the short term but indefinitely. 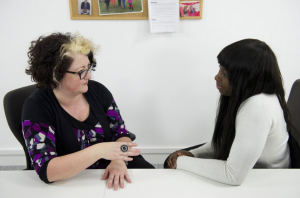 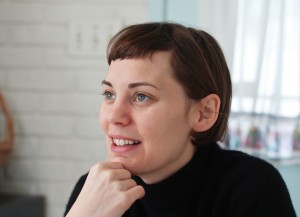 Take people who present with self-harm seriously – it could be an opportunity to intervene and potentially save their life.

Alys Cole-King: Alys is working with the authors of this study (Carr et al, 2016) to disseminate the findings of their research, but was not directly involved in the study itself.

Department for Communities and Local Government, 2010. English indices of deprivation.

National Institute for Health and Care Excellence. (2004). Self-harm. The short-term physical and psychological management and secondary prevention of self-harm in primary and secondary care. Retrieved from http://www.nice.org.uk/guidance/cg16