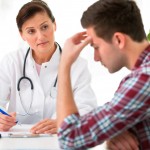 Last September I blogged about a cohort study in the Lancet that highlighted the links between self-harm and poor physical health. This same dataset (drawn from over 30,000 patients from 6 hospitals in Oxford, Manchester and Derby from 2000-7) has now spawned a longitudinal study published in the European Child and Adolescent Psychiatry journal. This time it’s focusing specifically on the epidemiology and characteristics of self-harm in adolescents.

Surveys tell us that 5-8% of young people in Western countries report that they have self-harmed in the last year, so this is a serious and common problem.

NICE produced guidance on self-harm back in 2004 and plan to review the guidance for update in February 2015. Among other things, the NICE guideline recommends that:

This study looked at a specific group of young people; 5,205 individuals aged 18 and younger, who presented with self-harm to accident and emergency departments. Self-harm was defined as self-injury or intentional self-poisoning, irrespective of the motivation behind the act or any attempt at suicide. It did not include acts such as risk-taking behaviour, purging or the pulling of hair.

Most participants were assessed by psychiatric specialists who collected demographic and clinical data. Data were drawn from medical records for adolescents who were not assessed by a psychiatrist.

The study found that:

National guidance on provision of psychosocial assessment in all cases of self-harm requires further implementation.

This study is a real call to action for anyone involved in delivering care for young people who self-harm. It’s unacceptable that nearly a decade after the publication of a NICE guideline, children and young people are still failing to get the health services they desperately need.

Patients are frequently not admitted to hospital or given the assessments that are so vital to understanding what is driving them to self-harm. Clinical practice needs to change.

Self-harm: The short-term physical and psychological management and secondary prevention of self-harm in primary and secondary care, CG16. NICE, July 2004.

Last reply was February 9, 2013
Try out our members features!