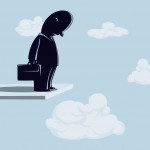 NICE guidance recommends that all people who self-harm and are admitted to hospital are given mental health and risk assessment:

Everyone who has self-harmed should have a comprehensive assessment of needs and risk; engaging the service user is a prerequisite.
– Taken from NICE Self-harm guidance (CG16), Nov 2004

This new prospective cohort study conducted by a research team from Oxford University’s Centre for Suicide Research, set out to investigate weather the most recent method of non-fatal self-harm could be used to predict the risk of future suicide.

The researchers took data from the Multicentre Study of Self-harm conducted in 3 centres in England from 2000-2010. Over 30,000 people presented to emergency departments in 6 hospitals from 2000-2007 with non-fatal self-harm. 41.3% of this cohort were male and the median age was 27 years old.

The outcome of interest was suicide and this was measured over a 3-11 year follow-up period.

It is important to stress that this study focused specifically on people who were admitted to an emergency department for self-harm and so does not include others who never reach hospital.

Method of self-harm may aid identification of individuals at high risk of suicide. Individuals using more dangerous methods (e.g. hanging, CO/other gas) should receive intensive follow-up. Method changes in repeated self-harm were not associated with suicide. Our findings reinforce national guidance that all patients presenting with self-harm, regardless of method, should receive a psychosocial assessment.