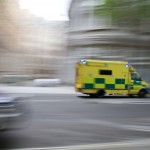 [Conflicts of interest: The blogger (Katrina Witt) has previously collaborated on work with two of the authors of this study (KH and NK)].

Suicidology has long struggled with nomenclature, and the field of self-harm research is no different. Although the general public often views self-harm as synonymous with self-injury, and particularly self-cutting, clinical and emergency hospital staff are significantly more likely to encounter persons who poison themselves, either by toxic substances (e.g. pesticides) or medications (e.g. paracetamol), within their day to day work (Bergen H, 2010).

Given that clinical intervention research, service design and provision, and risk assessment and management practices are designed around those who present to clinical and/or hospital-based services, current guidelines for the management of self-harm may not adequately reflect the needs of those who engage in self-injury; and particularly self-cutting (Lilley R, 2008).

Additionally, as many people who engage in self-harm often switch between self-poisoning and self-injury (Lilley R, 2008), risk assessment and management practices which seek to predict suicide risk on the basis of method of self-harm at presentation to clinical services/hospital may be misleading, and potentially dangerous.

For these reasons, knowledge of the frequency with which people switch methods of self-harm between episodes, and the characteristics of those who switch methods, could have important implications for clinical service design and risk management practices. 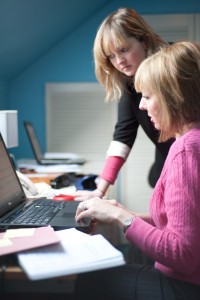 Clinical decisions and risk assessments made on the basis of method of self-harm could be misleading if method switching is commonplace.

A cohort study of all patients presenting to one of six hospitals located in Oxford, Manchester or Derby in the United Kingdom over a five year period (2003-07) was therefore undertaken to understand:

To determine whether or not a patient had switched methods of self-harm, the authors developed the following five categories to describe the method of each episode of self-harm:

Factors found to be significantly associated with method switching on at least one occasion, included:

The strongest predictors of switching, however, were those related to the method of self-harm at the index (i.e. first recorded hospital presentation) episode:

Factors significantly associated with switching of methods on multiple occasions were similar to those associated with method switching on at least one occasion, as were predictors of method switching based on the characteristics of the episode immediately prior to the switch in method (rather than on all previous episodes), with the exception of a history of self-harm in the preceding year, alcohol consumption, and gender.

Survival analyses were also undertaken to determine speed of method switching in those persons who repeated self-harm at least once during the five year study period. According to these analyses:

The authors conclude that self-harm is a fluid, changing, and changeable behaviour. Clinical decisions and risk management practices formed on the basis of method of self-harm at one point in time are therefore misguided, and potentially dangerous.

The authors reiterate the current UK National Institute for Health and Clinical Excellence (NICE) guidelines for the short-term management of self-harm (NICE, 2004), which state that all persons who present to hospital for self-harm should receive a psychosocial risk and needs assessment prior to discharge irrespective of the method of self-harm used. 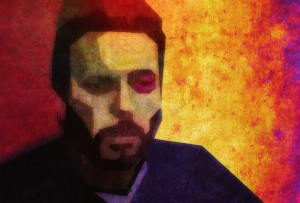 This evidence suggests that clinicians should avoid false assumptions about people’s risks or needs based simply on the method of self-harm.

Although commonly reported in clinical practice, there have been few investigations of method switching between episodes of self-harm to date. This paper therefore addresses an important gap in the literature by assessing the frequency, speed, and characteristics associated with method switching over a relatively long observation period (five years).

Participants in this study were identified following presentation to hospital following an episode of self-harm. However, many more episodes occur in the community and do not come to the attention of clinical and/or hospital-based services . The participants included in this cohort, therefore, likely reflect more acutely ill patients who use more violent, and therefore lethal, methods of self-harm. Results of this study may therefore not generalise to those without significant medical/psychiatric diagnoses who engage in lower level forms of self-harm, such as self-scratching, skin picking, or hair-pulling.

The authors were also unable to account for psychiatric factors, such as diagnoses, substance misuse, and personality typologies, as determinants of method switching as these factors were not routinely collected by the six hospitals.

This study demonstrates that switching methods of self-harm between episodes is more common than previously thought; just over one-third of the sample (1,620/4,721; 34.3%) switched methods at least once during the five year study period. Clinical decisions and risk management practices formed on the basis of method of self-harm at one point in time are therefore misguided, and potentially dangerous.

All persons, irrespective of method, should be provided with adequate psychosocial risk and needs assessments prior to discharge, in line with NICE guidance for the short-term management of self-harm (NICE, 2004). 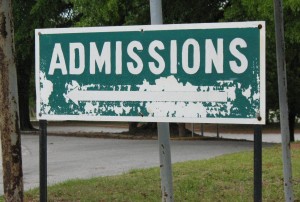 Given that method switching is common, all persons admitted to hospital for self-harm should be provided with psychosocial risk and needs assessments, not just those presenting following self-poisoning.

Staying safe if you’re not sure life’s worth living– to share hope, compassionate advice, practical ideas & links for people in distress http://www.connectingwithpeople.org/StayingSafe

U Can Cope 22m film and online resources – for people in distress and those trying to support them http://www.connectingwithpeople.org/ucancope