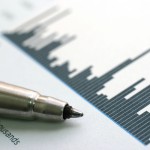 A recently published study conducted at the Maudsley Hospital has reported that people with schizophrenia and bipolar disorder have a life expectancy of 10-15 years lower than the UK average.

Researchers looked at the electronic medical records of more than 30,000 patients suffering from severe mental health problems. They found that many patients were dying early from heart disease, cancer and stroke, which may be caused by high risk lifestyles, antipsychotic drug use and poverty.

The impact of serious mental illness on life expectancy is marked and generally higher than similarly calculated impacts of well-recognised adverse exposures such as smoking, diabetes and obesity. Strategies to identify and prevent causes of premature death are urgently required.