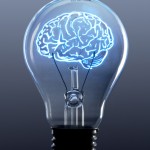 When Kraepelin first described the symptoms of the disorder we now call schizophrenia, he drew particular attention towards the deterioration of cognitive function he observed in his patients and named their condition “dementia praecox”.

To this day, cognitive deficits are still regarded as one of the key features of schizophrenia (and related diagnoses), and it is generally accepted that schizophrenia patients show below-average IQ scores prior to and during illness-onset (see Woodberry et al’s 2008 meta-analysis which reports a deficit of around half a standard deviation).  IQ is often used as a (proxy) measure of cognitive functioning, as “cognitive function” incorporates attention, memory, reasoning and other faculties.

Whilst the idea that IQ deficits exist for schizophrenia patients prior to and during illness-onset is widely acknowledged, it is unclear what happens to cognitive function (and thus IQ) after illness-onset. Step forward Hedman et al (2013) – who have carried out a meta-analysis to determine whether IQ continues to decline, relative to controls, after illness-onset.  Their meta-analysis is due to be published in Schizophrenia Research and is currently published online, “in press” for hardcopy publication.

Hedman et al argue that the course of IQ change throughout illness is unclear because previous research in this area is difficult to interpret – largely due to the omission of a healthy control group to compare IQ scores against.  And so, Hedman et al set about to estimate the overall mean effect size of IQ change using data from all appropriate longitudinal studies.

The researchers carried out a systematic search for longitudinal studies looking at IQ change in schizophrenia patients.  Studies needed to fulfil the following characteristics to be included in their analysis:

From an initial pool of 507 identified studies, 8 satisfied all of the entry and exclusion criteria above and were included in the final analyses.  The 8 studies comprised of 280 patients and 306 controls in total.

What they found was a:

Let me put that in plain Elvish:

When people undergo repeated testing, their performance tends to improve over subsequent attempts due to practice effects.  Hedman et al found that whilst their control group showed increasing IQ scores with repeated testing, the patient group did not increase at a similar rate: the patient group showed significantly less of an improvement in the IQ test over time, compared to the control group. When people undergo repeated testing, their performance tends to improve over subsequent attempts due to practice effects.

Hedman et al explain that this finding does not show that the patient group has:

(italics as in original) – rather that the patient group does not appear to benefit from repeated testing at the same rate as the healthy controls.

The researchers suggest that this result might reflect that there is a deficit in learning new information and skills in the patient group, and as such, they are not able to improve as much as expected.

Hedman et al do not talk about the implications of this suggestion.  It would seem to me that if people with psychosis diagnoses show difficulties in integrating and making use of new material, it would be important to be aware of this when working with them and be sure to provide information clearly, repeatedly and perhaps in written form for them to be able to refer back to (where appropriate).

However, Hedman et al do attempt to integrate their finding into the existing literature on IQ deficits in schizophrenia and suggest that

IQ-studies assessing healthy participants suggest that a higher baseline IQ is associated with more practice effects … This would imply that the patients in our meta-analysis show a less prominent increase in test scores because of their lower initial IQ as compared to the controls.

To this, I would say – be careful.

Of course, as with all research – there are limitations to Hedman et al’s meta-analysis.  These are outlined clearly by the authors, and include: I am almost certainly biased, having written my Masters dissertation on high-IQ schizophrenia, but I think that when it comes to cognitive function, it is much more important to work to the individual’s level of understanding – rather than assuming what they are capable of based merely on their diagnosis.  (I’m sure you all do this already!)

If Hedman et al’s paper can teach care-providers anything, I would suggest that the take home message is: be ready to help your clients retain new information as there is a suggestion this may be an area of difficulty for some.