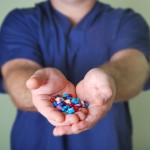 Schizophrenia according to the NICE guidelines, is a relatively common illness and in the majority of cases takes a chronic course, requiring continued management and careful attention.  In the treatment and management of schizophrenia, antipsychotic medications – like olanzapine, quetiapine or clozapine – are the first line intervention.

Antipsychotics can be loosely divided into “first-generation” (“typical”) and “second-generation” (“atypical”) antipsychotics.  Atypicals are commonly thought to be the superior class of antipsychotics, as they are believed to carry a lower risk of extrapyramidal (motor and movement) side effects, such as painful neck spasms or development of Parkinsonian walking gait (NICE guidelines, pg 27).

In October 2012, a cohort study was published in the Journal of Clinical Psychopharmacology, which aimed to address whether the effectiveness and cost of atypical antipsychotics did in fact support this assumption (Stargardt et al, 2012).  This study

The study used data from 4 German sickness funds, resulting in a nationwide German cohort of 8610 patients with schizophrenia.  Information about prescribed medications allowed for grouping of these patients –  with the authors focusing on two key groups:

The authors created a severity index to determine the severity of patients’ illness which was based on their number of hospital days in the years 2000 to 2002.  The outcome measures included rehospitalisation rates and patients’ number of bed days during the 12 months following discharge from a psychiatric admission in the year 2003.  The study also compared antipsychotic classes for differences in the cost of inpatient care, cost of antipsychotic treatment, cost of other pharmaceutical treatment (e.g. antidepressants, side effect medications) and the rates of “switching” within antipsychotic classes.

The following results were found: There was a significant difference in predicted cost of treatment

However, this study also has some important weaknesses – acknowledged by the authors themselves, and recently highlighted by David Taylor in Evidence Based Mental Health.

Firstly, the study is naturalistic: clinicians were prescribing based on their own choices and judgements about the benefits and costs of the medications.  This may have influenced the outcome measures, particularly as clozapine (an atypical antipsychotic) is

a drug used in resistant cases where outcomes are relatively poor.

Secondly, Stargardt et al discounted patients who switched medication (17.5% of the original 8610 patients), stating that nonswitcher groups were more homogenous than switcher groups.  This, however, as Taylor points out:

remove[s] those people who did not respond to, or could not tolerate the drug prescribed to them … Twice as many people switched in the typical group than in the atypical group.  So, excluded from most analyses are patients with a poor outcome, the majority of whom were prescribed typical drugs.

The authors themselves highlight that it is not possible to tell whether hospitalisations were due to noncompliance with medication or insufficient treatment effect.  As there was no data from clinical scales, it is also not possible to say whether the severity index used accurately reflects severity of illness, nor whether the re-hospitalisations during the follow up period were due to an acute worsening of the illness, or for other reasons:

some patients may seek hospital treatment for social reasons or drug adverse effects.

I think that this paper is another one to add to the growing pile of research (such as those cited by Stargardt et al) that there’s no real evidence for the superiority of one “class” of antipsychotics over the other – but, whilst it is interesting: beware the confounding factors and methodological restrictions.

Stargardt T, Edel M-A, Ebert A, et al. Effectiveness and cost of atypical versus typical antipsychotic treatment in a nationwide cohort of patients with schizophrenia in Germany. Journal of Clinical Psychopharmacology 2012; 32(5): 602-607 [PubMed abstract]

Schizophrenia: Core Interventions in the Treatment and Management of Schizophrenia in Adults in Primary and Secondary Care (Updated edition) (PDF) NICE CG82 March 2009