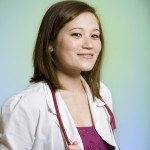 The authors of this report present the quantitative findings from a large-scale randomised-controlled trial which may be known to some readers as the ProCEED trial (Proactive Care and its Evaluation in Enduring Depression).

A qualitative paper involving interviews with nurses who took part in the trial has already been published (Bennett et al., 2013) and ideally should be read alongside this paper, as it provides useful information to help interpret the quantitative outcomes.

The aim of the study was to see if proactive nurse care helped to reduce either the severity or the number of relapses (or both) experienced by people with recurrent and/or chronic depression over a two year period, in comparison with usual access to a GP. 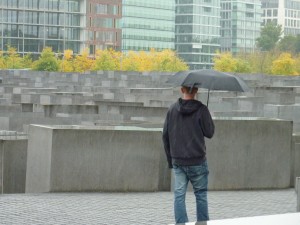 Patients were recruited from 42 general practices in the UK and were eligible for inclusion if they had experienced two or more episodes of depression in the last three years, had a BDI-II scores of 14 or more at baseline (so were at least showing some active depression symptoms at the start of treatment) and reported symptoms fitting chronic or recurrent depression in clinical interview. Having agreed to take part in the trial, participants were aware of being in the treatment or non-treatment arm.

A flow chart of recruitment is provided, showing the processes leading to the 235 controls and 251 treatment cases included in analysis. The two groups were not only demographically similar but were also well matched for numbers of chronic and recurrently depressed individuals, the amount of visits they had made to the GP and practice nurses, and the length of time they had taken antidepressants.

The spread of centres for recruitment gives the trial good generalisability as well as making a large sample size achievable. The use of different locations opened up the possibility of looking at the effect of different provisions of psychological care on the options the proactive care nurses could offer to the participants; this is discussed in more detail in Bennett et al (2013).

The BDI-II was taken at five points during the two year study, whilst the Work and Social Adjustment Scale (WSAS, incorrectly named the Work and Social Activity Scale in the text), a questionnaire of DSM-IV criteria and the EuroQol measure of quality of life were taken at the beginning and end of the trial.

The nurses received three days of additional training, which on the one hand seems pragmatically reasonable if such a model is to be rolled out more widely, but on the other seems somewhat brief if teaching on motivation interviewing is to be delivered, as proved to be the case (see below). The nurses were supervised by telephone every 3-4 months, which again seems minimal but realistic for NHS services.

Despite the ‘proactive’ model seeming to suggest that all appointments would take place in the treatment group, 77 people in this group attended 4 or fewer sessions, and 83 attended 5-8 sessions. This is important information about the acceptability of the approach and in interpreting the results of proactive nurse care relative to the control group. Naturally with an interpersonal approach there will be patients who develop better working relationships with the practice nurse than others, and the importance of the therapeutic relationship for treatment adherence and alleviation of depression symptoms is explored in more depth in Bennett et al (2013). 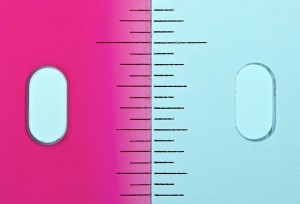 The study found that nurse-led proactive care had a marginally significant impact on depressive symptoms.

The authors conclude that there is positive evidence for improvements in functioning for people with chronic and/or recurrent depression who receive proactive nurse care as opposed to standard GP contact. They surmise that these improvements may be linked to the nurses’ use of problem-solving approaches. Whilst this might be true, the effects are small and marginally significant, and the lack of differential outcome between groups on the BDI-II might, at first glance, seem a good reason not to pursue the option of utilising nurses as proactive carers for people with chronic depression.

However, that would seem hasty, and interpreting the lack of significant effects detected in this trial requires more thought and nuance. The argument that samples of individuals with chronic and/or recurrent depression are highly heterogeneous and that therefore it is difficult to place much weight on comparing mean scores between two groups is slightly cart-before-horse, given that this is more of a question to ask at the study design stage. Furthermore, such effort was taken to match the two groups that this line of heterogeneity argument seems disingenuous.

Given this, it would have been interesting to have had more of a breakdown of the paths taken by similar individuals within the two groups. What would the scores have looked like had low, medium and high attenders in the intervention group had their scores analysed separately? And if there were differences between these groups, what factors influenced attendance?

Some answers are suggested in the qualitative findings paper (Bennett et al., 2013), namely the therapeutic alliance and, as part of this, the orientation of each of the nurses towards the intervention and the care approach adopted by each nurse.

There are other findings in this paper that might make more sense when seen through the lens of the qualitative findings paper (Bennett et al., 2013). Feedback from the nurses involved suggested that, whilst they already felt competent in problem-solving techniques, they did not feel that the half-day training in motivational interviewing (MI) skilled them up adequately and hence they did not make much use of the MI approach. It is not possible to review the Bennett et al (2013) paper here but suffice to say that if nurses are to be expected to manage the care of patients with major depression with psychological therapy techniques, they perhaps need more training and ongoing consolidation of that training, which in time will prove to be cost-effective.

My sense is that, if the authors had been able to present the quantitative and qualitative data together in a larger paper, a more rounded and more readily interpretable piece of research would be here for discussion; certainly this paper adds to the case made by Greenhalgh and colleagues to the British Medical Journal regarding the value of qualitative research.

What this paper gives us is a large, easily generalisable trial of a feasible primary care approach to helping individuals to manage the considerable mental and functional burdens of major depression. In an NHS increasingly faced with cutbacks and cost-constraints, developing strategies that utilise existing resources is crucial and it is vital that this is done in a scientific rather than reactionary fashion.

Nurses will need more than a few days training if they are to be expected to support patients with psychological techniques such as motivational interviewing.