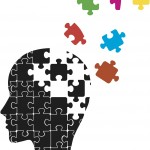 The symptoms of mild cognitive impairment (MCI) include problems with cognitive functioning such as day-to-day memory. In some individuals it is the first sign of dementia, whereas in others it may be due to resolvable factors such as being the side-effect of medication (Alzheimer’s Society, 2012). At present it is unclear how many people with MCI will go on to develop dementia. The Mental Elf has previously blogged about the importance of early diagnosis and intervention for dementia, as well as the difficulties general practitioners experience in recognising mild cognitive impairment.

This study was undertaken by American researchers and included patients of the 29 Alzheimer’s Disease Centres that make up the National Alzheimer’s Coordinating Center Uniform Data Set (NACC UDS), which collects standardised data across the centres.

The aims of the study were:

It shows that reversion to normal cognitive function after MCI diagnosis is not uncommon but is still associated with an increased risk of further cognitive decline.

The first part of this study was a multi-centre prospective cohort study of 3,020 patients aged 65 and over who were diagnosed with MCI. Participants underwent a standardised evaluation following MCI diagnosis and received a follow-up evaluation roughly a year later. The authors calculated the number of participants who had reverted to normal cognition at their follow-up assessment and used a multiple logistic regression to identify predictive factors (described as risk factors by authors).

To identify overall risk factors for future cognitive decline, authors formed a prospective cohort of all 4,412 patients included in the UDS. These patients were assessed at “preindex” and “index” visits, and again annually until the earliest of these events: they developed MCI or dementia, 3 years elapsed since their index visit, the cut-off date of 1st June 2001, death, discontinued participation in the UDS. This group contained patients with MCI, patients without MCI and patients with dementia. After 1 year, 16% of people with MCI had reverted to normal cognitive levels, and 20% had progressed to dementia

At 1 years’ follow-up, the cognitive status of the 3,020 participants diagnosed with MCI was:

Those who had reverted to normal or near-normal cognitive levels were generally:

Authors also report that these patients had experienced symptoms for a shorter period of time and did not have clinician-report decline in memory, judgement or problem-solving, however, these results were not given in this paper.

Of the 4,412 participants analysed to calculate the risk of future cognitive decline, those with MCI at their preindex visit, who subsequently improved, were more likely to revert to MCI or progress to dementia than those who did not have MCI (adjusted hazard ratio 5.22, 95% confidence interval, 4.16-6.56). In their analysis, authors attempted to identify risk factors (age, gender, education, assessment scores and APOE e4 status) but none emerged as statistically significant.

Even in a cohort of patients seen at dementia research centers, reversion from MCI was fairly common. Nonetheless, those who reverted remained at increased risk for future cognitive decline. This study makes a valuable contribution to a growing body of research which aims to identify and appropriately treat those with MCI who are likely to revert to normal cognitive levels without relapse, and those who will develop further cognitive decline

This large cohort study benefited from recruiting participants from the NACC UDS which collects standardised data across 29 sites and uses standardised assessment protocols, however, it did encounter some issues common to multi-centre studies. Authors acknowledge limitations regarding data accuracy, particularly missing data and some inconsistency in the classification of people whose cognitive functioning was impaired but not MCI. Although authors were able to impute some missing data (by substituting it with figures based on the results of similar participants), parts of their analysis were limited by missing data that could not be imputed. For example, based on available data, patients whose MCI was attributed to a transitory condition (such as a side-effect of medication) were found to be likely to revert to normal cognitive levels but this data was missing in 3/5 of participants so further conclusions could not be drawn. Authors also report that reversion to normal cognitive levels varied to a highly statistically significant extent (p=<0.001) between the different centres, suggesting that there may have been some inconsistency in classification but do not provide these results so the potential cause of this variation is unclear.

The thorough quantitative analysis uses appropriate statistical methods and its findings are in line with previous research. The findings may provide some optimism with regards to recovery from MCI, but this is tempered by the persistent increased risk of further cognitive decline in these patients. Despite some limitations, this study makes a valuable contribution to a growing body of research which aims to identify and appropriately treat those with MCI who are likely to revert to normal cognitive levels without relapse, and those who will develop further cognitive decline.