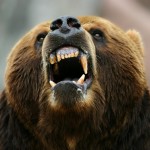 This article originally appeared on the Binscombe Doctor blog on 14 Dec 2012 and is reproduced with kind permission from Dr Martin Brunet.

There’s an old joke about a Pastor and an Evangelist going on a bear hunt. Once they have arrived at their log cabin hunting lodge the Pastor starts to unpack their supplies for the week, but the Evangelist announces that he’s going out to explore the surrounding area. Barely twenty minutes have passed before the Pastor is somewhat alarmed to see the Evangelist racing down the path back towards the cabin at breakneck speed. His alarm turns to terror when he catches sight of a large Grizzly Bear in hot pursuit.

Jeremy Hunt is on a crusade to increase the rate of diagnosis of dementia, and has approached the task with all the enthusiasm, energy – and lack of forward planning – of the Evangelist. The hapless Pastor will be our dangerously over-stretched dementia services, which are already at breaking point and unable to offer the sort of service that dementia sufferers require; and the Bear will be all those people newly diagnosed through the Health Secretary’s proposals, trapped within a diagnostic label, but not able to receive the care, support and advice they need because the system will be unable to cope.

I have written an earlier post questioning who the real beneficiaries will be with the drive for early diagnosis in dementia, arguing that what we need is prompt diagnosis for those who need it, rather than an increasing search for ever milder cases. The Government, however, has announced its proposals for what they call ‘Dementia Case Finding’, which amounts to widespread screening for dementia in older people.

The proposal is that GPs should ask all at risk people – deemed to be those over 60 with certain conditions such as stroke or diabetes, and all those aged over 74 – about their memory, and offer them a screening test. This is to happen during routine visits to the doctor – which means that any older person who chooses to see their doctor about, say their arthritis or a skin rash or a blood pressure check, will be asked about their memory. There will be no advanced warning that this is going to happen, no chance to consider the potential benefits and harms of dementia screening, no leaflet in the post explaining the programme, just screening questions, and a referral to the memory clinic if you fail the test.

We need to think long and hard about the implications of this. I have three major worries:

It is a wasteful distraction from the real need in dementia care.

While I have such grave concerns about the Government’s proposals, their overall focus on improving dementia care is something to be celebrated. It is long overdue, and is giving this much neglected area within medicine the drive and energy to shape change and attract investment. However, the over-riding need within dementia care is hands-on support for those who are already diagnosed and their families or carers. Currently our system can barely cope with making a diagnosis, starting people on medication and reviewing them about once a year. This is woefully inadequate. People need help understanding their diagnosis and carers need to learn a whole new way of interacting with their loved one who is now behaving in such a different way (see this post for more on that need). Issues such as Advanced Care Planning and Power of Attourney are vital, and yet people are often left to find their own way when they need someone to walk them through these emotive and complex issue. And as for non-drug therapies – such as reminiscence therapy – there is so much that could be done if only we invested in it.

There is a very real danger that older people will be put off seeing their doctor.

However much we try to reduce the stigma of dementia (and try we most certainly should), it will always remain a life-changing and very frightening diagnosis. Many older people are quite threatened when I ask them about their memory – how will they feel if they hear that I will be required to do it when they come to see me? Going to the doctor can be a stressful enough experience as it is – I’m already likely to want to check their blood pressure/monitor blood tests/talk about their weight/nag them about smoking etc etc. A serious unintended consequence of this policy could well be that people will avoid seeing their doctor about other serious health issues for fear of being subjected to a memory test.

All the evidence and advice about dementia screening is clear – don’t do it.

Screening for any disease is always a balance of benefits and harms, and so all NHS screening programmes are considered and evaluated by the UK National Screening Committee (UKNSC). This committee looked at dementia screening in 2010 and gave a very clear ‘No’ to the idea. The benefits of picking up the very early stages of dementia just do not outweigh the potential harms of over-diagnosis and over-treatment. The Government has neatly sidestepped the UKNSC by calling their proposal ‘Dementia Care Finding’ rather than screening, but you can call a spade a ‘garden digging implement’ if you like – it’s still a spade.

Many other doctors, and dementia campaigners share my concerns, and together some of us have written an open letter to the Prime Minister and the Chief Medical Officer, which has been published in The British Medical Journal. We have also raised an e-petition asking the Government to reconsider these proposals. If you share my concerns then please consider signing the petition, and sharing it as widely as possible with others.

e-petition – Do not screen for dementia.