Home » Posts » Mental health » dementia » Benzodiazepines and dementia risk: another reason to caution against long-term use 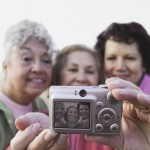 Benzodiazepines are an effective treatment for acute anxiety and transient insomnia, but guidelines advise that they should not be prescribed for longer than a few weeks as their long-term use can lead to dependency and falls in older people (amongst other things). The evidence appears compelling and yet benzodiazepines are still widely prescribed in the UK, the US and other countries as a long-term treatment.

Researchers from France have now published a prospective population based cohort study that investigates the association between the use of benzodiazepines and incident dementia.

In 1987, they took a group of 1,063 men and women (average age 78), who were all free from dementia at the start of the study. They followed them up for 20 years (a 5 year long eligibility assessment period and 15 year cohort analysis follow-up) and identified why people started taking benzodiazepines and whether or not this drug use increased their chances of developing dementia.

Considering the extent to which benzodiazepines are now prescribed, physicians and regulatory agencies should consider the increasing evidence of the potential adverse effects of this drug class for the general population.

The limitations of this study are:

It will be interesting to see if future studies in this area investigate the possible correlations between benzodiazepine dosage or the cumulative length of exposure and dementia.

Long term dependence on benzodiazepines is addressed by two new reports. The Mental Elf, 13 May 2011.

Benzodiazepines associated with an increase in falls and fractures in older adults. The Mental Elf, 2 Jul 2011.

Last reply was October 10, 2013
Try out our members features!