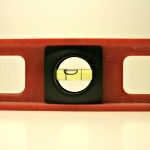 The medical research world has a strong tendency to be limited in its collaboration across disciplines, universities, industries, and national boundaries, and the psychiatric research world particularly so.

MQ: Transforming Mental Health is a new UK-based charity with a stated commitment to funding research to bridges these gaps, and they are holding their first-ever meeting focused on bipolar disorder in London on 9 and 10 November 2015 (follow the discussions on Twitter at #bipolarconf). Their agenda is ambitious and they’ve assembled an illustrious group of researchers in bipolar disorder from around the globe to set goals for their funding plan. 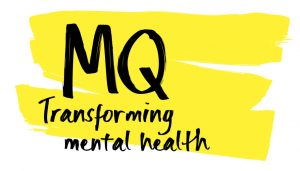 The Join MQ meeting aims to build consensus from across the bipolar research community.

But what have been the gaps in evidence and understanding of bipolar disorder across the lifespan, and can this meeting set people on the path to advancing the field?

Fortunately for the attendees, there will be a lot to talk about. An area of possible agreement: there are more areas of need than areas of certainty. Evidence Based Mental Health has been surveying the evidence across diagnoses and much of our publications have focused on bipolar disorder, and the agenda of the MQ meeting nicely mirrors what we have been following. The mission of the journal is to advance evidence-based practice in psychiatric disorder, so we are aware of the evidence, its limitations, and the impact of its current state on our patients.

Our view: bias and selective reporting aside, we need larger samples, whether it is in the diagnosis of bipolar disorder (and by extension, its early identification), in understanding the (presumed) biology through genetics and other “biomarkers”, or to find better treatments (and how to chose from amongst them). Otherwise, how can we help patients and their families, and prevent the awful social and health outcomes that is driving this meeting to occur in the first place?

Big Data is tossed around as an answer to our problems – whether it is or isn’t, we won’t get nearer to the answers we seek without it. This will require something that the current funding structures and the culture of academic advancement won’t support: broad and massive collaboration across disciplines, countries, universities, and industry. A reminder to my academic colleagues: the paper describing the Higgs Boson has more than 300 co-authors. 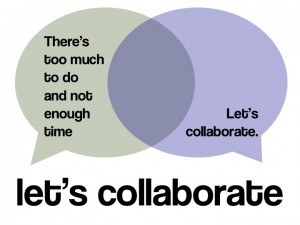 Here are my thoughts on what the conference might cover:

Anne Duffy’s thoughtful piece on early identification of mood disorders in EBMH described a staged model of illness course that can only be confirmed with huge samples of subjects (Duffy, 2015). It requires an integrated effort of families, public officials, treaters across disciplines in and out of medicine, and access to adequate data.

Trisha Suppes will describe the development of current diagnosis in DSM5, but there is little agreement that DSM5 is truly an advance as it still is symptom-based and doesn’t take into consideration any current biological work, genetics or otherwise. We need a plan for improving the accuracy and temporal stability of the diagnosis of bipolar disorder.

The consortium of psychiatric genomics researchers is a model for collaboration, their work based on the largest number of clinically characterised patients. Yet there is nothing clinically relevant (yet) that has come from this work. Upwards of 30,000 subjects is barely a start. It is unclear that clinically meaningful genetic markers of bipolar disorder (or many other illnesses) will ever be found, but future work will depend on their being orders of magnitude more subjects from which this work must derive. The same is undoubtedly true of other “omics”, but also of neuroimaging and other biomarker development: so much heterogeneity requires so many more subjects. When we can’t settle on a uniformly accepted diagnosis of bipolar disorder, how can a study of a few dozen (or hundred) patients be definitive about anything.

Charles Bowden reviewed the network meta-analysis of Miura and colleagues of maintenance medications in bipolar disorder, confirming the benefit of lithium and raising questions about the effectiveness of other drugs (including those licensed for use) (Bowden, 2015). Even if lithium is effective, the question remains for whom. All our current meta-analyses are limited by the studies that are included in them. Direct comparisons of all drugs will likely never be performed (and even if they were, it would be without certainty that the patients included in them are the same as the patients in the clinic), so we rely on combined data to draw conclusions about efficacy and safety.

In the absence of directly funded research, a path must be found to provide clinicians, patients, and families with needed information. A proposal: an agreed upon set of measures to be used across studies, countries, and institutions (including industry) to facilitate the combining of data for analysis. Industry is not alone in making their data proprietary; academics keep their data to themselves with similar vigour.

We are consistently focused on short- and intermediate- outcomes for the limited populations included in studies, and our outcomes are merely proxy measures for the outcomes we really care about: whether we are content and satisfied with our lives and loves, whether we can do as well in school and in work, and whether we live as long as we otherwise should. Mood scale scores are a substitute for the information we really want to know, and how great a substitute is unknown.

Psychotherapies and other psychosocial interventions

These may (or may not) need to be tailored to bipolar disorder (and its various subtypes), but their effectiveness should be tested. Sample size and methodological problems and inconsistencies make their effects sizes suspect; just as we are prone (read: biased) to find positive results where none exists for medication studies, the same is true for those examining psychotherapies. Again, consistency of measures and outcomes should be agreed upon.

Even if effective in the confines of clinical trials, how can we know about the long-term, real-world usefulness and safety of drugs and treatments? Mortality is markedly increased in bipolar disorder (as it is in all mental illnesses – bipolar disorder hasn’t cornered the market on early death) and there is a need to know what treatments have an impact, positively or negatively. Presumably, early diagnosis and secondary prevention can lead to a decrease in the behaviours known to increase mortality: low education, homelessness, substance use (including smoking) and other health risk behaviours. The impact we can have on mortality is greatly diminished once middle age is reached, of course.

MQ: Transforming Mental Health is taking on a worthy task; whether the stakeholders they have brought together can overcome the barriers to actually “transforming” the study and treatment of bipolar disorder we can only hope. 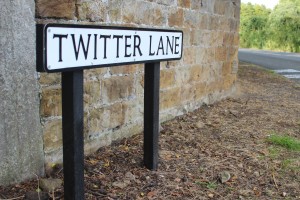