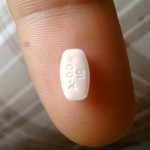 Aripiprazole (brand names Abilify and Aripiprex) is an atypical antipsychotic drug used to treat a number of mental health disorders including schizophrenia, depression and bipolar disorder.

This new guidance has been written by a group of Pan-European experts who have come together to review new clinical guidelines for the management of mania and the role of aripiprazole in its treatment. The report describes the consensus reached on how best to use aripiprazole in the treatment of mania.

Here’s what the report found:

Clinical practice guidelines widely recommend aripiprazole as a first-line treatment for mania. Although clinical trials may not represent all patient subpopulations, they show that aripiprazole is well tolerated and has a long-term stabilizing potential.

The successful use of aripiprazole rests on using the appropriate initial dose, titrating and adjusting the dose as needed and using appropriate concomitant medication to minimize any short-term adverse effects.

Low incidence of sedation makes aripiprazole a reasonable long-term treatment choice. If short-term sedation is required an adjunctive sedative agent can be added and removed when no longer needed.

Clinical considerations should influence treatment choice, and a better distinction between sedation and antimanic effects should be an educational target aimed to overcome potential barriers for using non-sedative antimanic agents such as aripiprazole.

Last reply was October 26, 2011
Try out our members features!