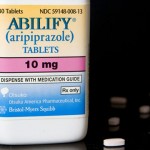 Aripiprazole is a second-generation antipsychotic that is widely used as a maintenance treatment for bipolar disorder in the US. It was approved by the FDA as a drug for this purpose in 2005.

A new systematic review, published in the online journal PLOS medicine, sought to critically review the evidence supporting the use of aripiprazole in the maintenance treatment of bipolar disorder and examine how that evidence has been disseminated in the scientific literature.  The authors searched multiple databases (including citation indexes) for RCTs but found only two relevant publications, both of which derive their results from a single trial by Keck et al.

The Keck trial has a number of limitations:

Despite this, the review found 80 studies that cited the Keck trial in discussing the use of aripiprazole for bipolar maintenance, although the vast majority of these studies did not mention reported side effects or the limitations of the Keck trial.

This evaluation of the evidence base supporting the use of aripiprazole for the maintenance treatment of bipolar disorder shows that the justification for this practice relies on the results of one published trial. Moreover, the methodology and reporting of this trial mean that its results cannot easily be generalized to inform the treatment of most patients with bipolar disorder. Worryingly, the researchers’ citation search indicates that the Keck trial has been cited uncritically in the ensuing scientific literature. Although the unique features of bipolar disorder make it hard to undertake controlled studies of treatment options, the researchers express concern that “the publication and apparently uncritical acceptance of this trial may be diverting patients away from more effective treatments”.

Note: A NICE technology appraisal is currently underway to assess the suitability of aripiprazole for the treatment and prevention of acute manic and mixed episodes in bipolar disorder in children and adolescents.