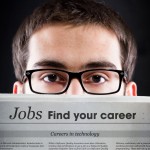 In the UK it is a shocking statistic that around 80-90% of people with severe mental illness are not in work.  Unemployment impacts negatively not only on the individual, but is also costly to the government.

Employment is now embedded in key mental health policy as a central part of recovery. However, despite this, and the fact that most people who have a mental illness want to work, there are significant barriers including: Taking the risk of seeking employment and giving up benefits can be very scary and in addition, many people face stigma and discrimination in the mainstream workplace due to lack of understanding about mental illness in society.

Before the closure of the large institutional asylums which began in the 1980s, people with mental illness worked within the asylums in small industrial units, or on the farm for example.  However, this was very low paid and monotonous work, and segregated from the rest of society.  Remploy is another example of segregated employment that was established after the second world war to offer supported employment for ex-service personnel with disabilities.  It has since grown to offer work to people with mental health and learning disabilities as well.

The current government wants to move away from this heavily subsidised and segregated model and promote a more integrated model of employment where people with disabilities work in jobs alongside other members of the public in competitive employment.  Therefore, a second model has arisen known as Individual Placement and Support (IPS) which offers support to find and maintain a job in the mainstream job market. Research (mainly from the USA) (Crowther et al, 2001) has shown that this model is effective in promoting recovery and is more effective than pre-vocational training alone (Twamley et al, 2003).  However in the UK, only 25% of those motivated to work have obtained paid employment through IPS.  IPS has not yet managed to overcome some of the barriers to employment (mentioned above) that continue to exist for people with mental health problems. A third model (Social Firms – SF) has arisen which offers a compromise between the supported and sheltered environment of the “old system” and the mainstream job market through IPS.  Social firms are a form of social enterprise with the main purpose of providing meaningful employment at competitive rates of pay for people who face significant challenges to employment (at least 25% of the workforce in a social firm should have these challenges).  They can offer a stigma-free environment where mental health problems are recognised, understood, and adjustments are made to take these into account, whilst at the same time, providing meaningful and competitively paid work in a viable business. Social Firms have been growing rapidly in number from only 6 in 1997 to 40 in 2007.

Aims of this new research

The Social Firms: A Route to Recovery (SoFARR) project has been funded to obtain UK evidence on SF and employment for people with mental health problems, and this paper is reporting on the phase obtaining UK wide information on provision of SFs.

The researchers aimed to: A total of 76 completed questionnaires were obtained (88%, N=76).  Of these 33 were social firms (SF) and 20 were other businesses such as social enterprises (referred to as “other”) which employed people with mental health problems.  Almost half were located in the South of England (40%), a quarter in the North and Midlands, and only 16% in Scotland.  There were no returns from Wales.

There were some positive findings which include: Employment for people with mental health problems is still on a very small scale in the UK.  Social firms are small in size, only employ a few people, and often have multiple target groups not just those with mental health problems.  In addition the turn-over is slow, thus there are still very limited opportunities for employment in social firms for people. This is also exacerbated by geography with almost half of the SF located in the South of England.

However, there are some positive findings that people with mental health problems are successfully employed in management positions, receiving a competitive wage, and remain in stable employment.  This helps to counteract some of the stigma and myth around the capabilities of people with serious mental illness to sustain paid employment.

The authors recognise that although they endeavoured to identify and contact all social firms and other businesses employing mental health problems, it is likely that they may have missed some businesses out.  In addition, as some managers didn’t have specific information about mental health diagnosis and management of their employees, this data were not available to the study authors. A postal survey such as this can only serve to identify main themes, and doesn’t provide any rich detail about the benefits and challenges of working with a mental health problem on the part of the employer and employee.  This would need to be followed up with qualitative interviews with key stakeholders. In addition, these results cannot answer whether social firms are more beneficial than other models of employment, and whether they impact on psychiatric and functioning outcomes.

A final point is that this survey is unable to shed any light on the specific characteristics of those people with mental health problems who were able to obtain employment through a social firm or other similar business. At this stage it is unclear whether this model could work for all people with mental health problems, and further work is needed to identify what model works best and for whom.

Declaration of conflict of interest

Liz Hughes is a research collaborator with one of the co-authors, Professor Johnson, but has had no involvement in the SoFARR project.