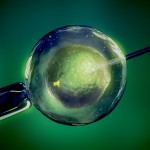 In-vitro fertilisation (IVF) is used to help people who experience difficulties in conceiving (see NICE’s guideline for information eligibility). It involves fertilising an egg with sperm in the laboratory, before reimplanting the fertilised egg into the woman’s womb to develop as normal. In cases of male infertility, the sperm can be injected directly in to the egg using a technique called intracytoplasmic sperm injection (ICSI). Embryos can be reimplanted immediately or frozen and implanted at a later date. Success rates for IVF decrease with the age of the woman from 32.2% for women under 35, to 1.9% for women aged over 44 (NHS Choices).

Autism is a developmental disability, described as a spectrum condition because people with autism may have varying levels of difficulty in different aspects of their lives (The National Autistic Society), but typically affects communication and social interactions.

Mental retardation is defined by the World Health Organization (WHO) in their International Classification of Diseases (ICD-10) as someone with an IQ below 70. The level of impairment ranges from mild where many people can achieve full daily independence, to profound where individuals require constant help and supervision (WHO). Generally in the UK the term learning disability is preferred and it is proposed that the term be changed to intellectual development disorders in the 11th version of the ICD (due 2015). The term mental retardation in used the original JAMA research paper that we are highlighting, but we have used the term learning disabilities. This was a population-based cohort study using data drawn from the Swedish national health registers, covering 30,595 births following in-vitro fertilisation (IVF) between 1982 and 2007. All participants were followed up until 31st December 2009.

The research aimed to test the hypothesis that IVF procedures would increase the risk of autistic disorder and learning disabilities.

Below are listed the adjusted figures for the primary outcomes only:

This large cohort study based on health records showed a small, but statistically significant increase in the relative risk for learning disabilities in children born via IVF compared with spontaneous conception.

The authors openly acknowledge a number of limitations to their study, such as a lack of data on parental socioeconomic status and the potential effect of only including live births. Because registry or health records based studies such as this follow treatment over a long period, practice is subject to change, to measure this authors performed a sensitivity analysis, which showed that the relative risk was not affected by birth year. Furthermore, in the case of a condition such as autism, which can be difficult to diagnose, there may be concern about missed diagnoses. Whilst this risk cannot be entirely mitigated, the standardised developmental assessment all four-year-olds in Sweden receive increased the likelihood of autism detection. The absolute risk of autism (around 1%) and learning disabilities (2%) remains relatively low, so these increases in relative risk need to be viewed in that context

Only 1.2% of births within this Swedish cohort occurred following IVF (2% in the UK, HFEA) and the absolute risk of autism or learning disabilities is low. Therefore the relative risk increase for IVF babies, albeit statistically significant for learning disabilities, should be viewed in this context. The authors recommend that their research be replicated in other populations in order to gain more evidence in this area.

Although the causes of many learning disabilities are known, the causes of autism remain unclear and where the cause is unknown, people will remain hopeful of the potential for prevention or cure. Therefore the limitations of any such research and the magnitude of the relative risk increases should always be carefully communicated to patients to ensure their fully informed decision-making.

What is autism? The National Autistic Society, 2013.