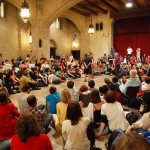 A fascinating patient involvement project results in a frustratingly vague report, which would be better-titled: Lessons from PANORAMA? However, some useful nuggets are available for commissioners.

The report is one of a number of documents that are available online from the Foundation, and it seems helpful to present the report in the context of information about The Change Foundation, which will involve drawing on some of the other published reports.

What is The Change Foundation?

The Change Foundation declares itself to be a “think tank that does” and its work is based around patient perspectives on their experiences of the Ontario healthcare system. Brought into being in 1995 through an endowment from the Ontario Hospital Association, the foundation now considers itself to be independent and works in five-year tranches, building consistently on localised research projects and a growing local network of patient involvement. 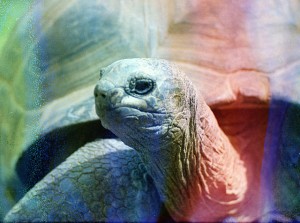 Change can be slow…

Further context for the project can be found in reports on the Foundation’s website (www.changefoundation.ca) such as Their Experience, Our Story and Creating The Space To Lead Change. There are also blogs from members of the PANORAMA panel and the strategic plan for the next five years, which reflects some of the learning from the PANORAMA panel’s work.

What the report provides

A short list of examples of what the panel achieved is provided at the start of the report, including how the panel’s views informed a re-working of the compensation system, and the removal of a well-intentioned ‘patient navigator’ system that patients actually found to be more confusing than helpful.

This report then focuses patient engagement recommendations, many of which will be really useful to commissioners, particularly in thinking about PPI and evaluation activities to run alongside commissioned services. Although the panel was based in Canada, there are lessons that could be transplanted into the UK healthcare system or any other healthcare system, such as making sure that a panel follows sensible project management advice on planning, objectives and exit strategies, and that it has a code of conduct that all members agree to obey. More complicated tasks are highlighted, such as providing a panel with enough information if the aim is to enable them to participate in policy reform.

As the report is written from the perspective of an external, independent organisation, there is an emphasis on the limitations of what change the panel can expect to effect. This might be more difficult for commissioners to achieve and how a patient panel is positioned and who ‘manages’ the panel would need careful thought. This sort of independent position has often been achieved through commissioning research or academic teams to incorporate a PPI element or through CLAHRCs.

As it is written in a brief jargon-free format, it would be a good resource to share with PPI groups or for PPGs to examine in general practices. 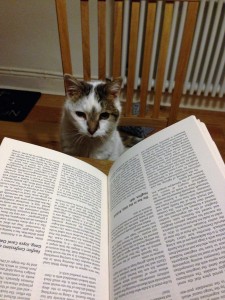 If I can understand it, so can you!

What the report does not provide

Frustratingly, evidence. For such a lengthy project, one would hope for in-depth reporting rather than bullet points, and for detailed descriptions of how information was gathered, not just what was learnt. We do not get to find out how the 31 members were recruited, how they represent such a large population and geographical area, and what they individually and collectively felt about their involvement. The timescale of the project of two and a half years is not explained, even though one of the report’s recommendations is to, ‘choose the best timeframe for meaningful input’.

We do not get concrete information on the meetings they attended, how their ‘involvement’ was structured, their permissions and the scope and boundaries of their activities. Furthermore, readers are signposted to an appendix of engagement methods but without any indication of whether or how these were used and, if they were used, why these methods were selected over other possible options. All of this information would be really useful for commissioners or anyone wanting to set up PPI work. Without this, the report is no better as an evidence base than a Google search, which is a very disappointing outcome, given the work that took place. 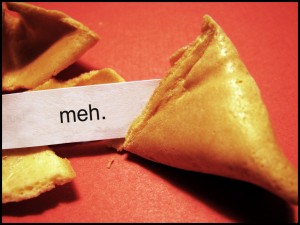 So much promise, so much disappointment.

Some of the suggestions made seem to have the potential to lead to some biased or flawed decision-making. For example, they encourage organisations to ‘share’ PPI groups as a resource from which to draw patient perspectives and advice. Whilst this is no doubt efficient, if the PPI group is a relatively small and self-selecting group, then the degree of influence needs to be appropriately scaled. Furthermore, using the same group in more than one setting denies other patients from having a say.

Ultimately, whilst there are evidently good ideas in this report, it would be challenging to do much more with it other than as a tool to facilitate planning at the commencement of a PPI project. There was a golden opportunity to reflect on the processes that the panel experienced, and this seems to have been almost completely missed. Perhaps this in itself is an important observation to take from the Rules of Engagement document: if you are producing a summary report from a PPI project, make sure to position any recommendations in accounts of events that took place in the project.

The PANORAMA Panel and The Change Foundation, Ontario (2015) Rules of Engagement: Lessons from PANORAMA .