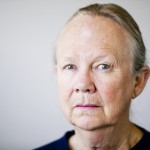 Burning mouth syndrome (BMS) is characterised by burning or painful sensations from an oral mucosa with no clinical signs of pathology or identifiable medical or dental causes.  It occurs most frequently between the age of 50-70 with a prevalence of between 0.1% – 3.9% being reported.

The aim of this review was to assess the efficacy of treatments for BMS.

Searches were conducted in the Medline, Cochrane Library and Web of Science Databases for randomised controlled trials (RCTs). RCTs that were placebo controlled and used the International Association for the Study of Pain (IASP) definition of BMS were considered. Three reviewers selected the studies and assessed risk of bias using the Cochrane tool.

Mean difference vs placebo in pain scores as indicated by the visual analogue scale (VAS) and relative risk ratios (RR) for pain and/or burning type symptom improvement was extracted from the relevant studies along with 95% confidence intervals (CI) when possible.  Meta-analysis was not carried out.

This review covers the same question as the updated Cochrane review by McMillan et al (Dental Elf – 28th Nov 2016) which was published at around the same time that this review was submitted for publication. The search for the Cochrane review included more databases than this current review identifying 23 RCTs in total compared with the 22 in this current review. 17 studies are common to both reviews. The Cochrane reviewers only considered 1 of the included studies to be at low risk of bias and a number of the studies considered to be at low risk of bias in this review were considered to be at high risk for some criteria by the Cochrane team.

The conclusion of the Cochrane review was

Given BMS’ potentially disabling nature, the need to identify effective modes of treatment for sufferers is vital. Due to the limited number of clinical trials at low risk of bias, there is insufficient evidence to support or refute the use of any interventions in managing BMS. Further clinical trials, with improved methodology and standardised outcome sets are required in order to establish which treatments are effective. Future studies are encouraged to assess the role of treatments used in other neuropathic pain conditions and psychological therapies in the treatment of BMS.