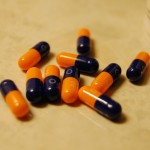 I have to admit I didn’t know what proton pump inhibitors (PPIs) were before being asked to write this blog. The Elf Meister had thought PPI stood for Patient and Public Involvement, which is a great passion of mine. But anything about dementia research is interesting to me, so here goes.

In an article (Gomm et al, 2016) and associated editorial (Kuller, 2016) in JAMA Neurology, Gomm et al report on their investigation into the association of PPI use with an increased risk of dementia in the elderly.

PPIs were introduced in the 1980s to treat acid-related disorders of the upper gastrointestinal tract; things like heartburn, peptic ulcers, and gastric reflux. Their use has doubled from around 4% to over 8% in the general population in recent years and several studies have estimated that around 2-3% of people aged over 65 are on long-term PPI therapy. The most commonly prescribed drugs of this type are omeprazole, pantoprazole and esomeprazole. They are widely acknowledged to be overprescribed, especially in the elderly where other treatments such as antacids or H2 blockers may often be sufficient.

The hypothesis behind a causal link between PPI use and dementia comes from evidence from animal studies that PPIs may increase the levels of Aβ in the brain, which are a major pathological sign of Alzheimer’s disease. There is also evidence that use of PPIs is associated with Vitamin B deficiency, which has also been linked to cognitive decline.

Interestingly, a recent analysis (White et al, 2016) of two well-known long-term ageing studies shows that dementia often results from a mix of brain pathologies rather than a single condition, such as Alzheimer’s disease. It also showed that those who had displayed the most significant cognitive impairment in their final years had little or no Alzheimer’s pathology. This is slightly off the point, but interesting nonetheless. 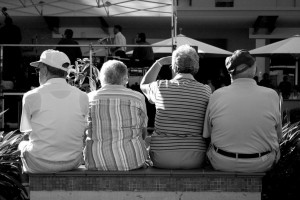 It’s estimated that around 2-3% of people aged over 65 are on long-term proton pump inhibitors.

The study participants were selected from a large German insurance database that held administrative health records for nearly 220,000 people over 75 at baseline in 2004. Regular use of PPI amongst this population was defined as a PPI prescription in every quarter of each 12-18-month interval between observations 2004–2011.

The main outcome measure was a diagnosis of dementia using the German modification of the International Statistical Classification of Diseases and Related Health Problems.

The final study population of 73,679 were people who were “free of dementia” and either:

People receiving PPIs had a significantly increased risk of dementia. (Hazard ratio 1.44 with a confidence interval 1.36 to 1.52). Over three-quarters of people who used PPIs regularly were women.

The possible confounders of age, sex, depression, diabetes, stroke, heart disease and polypharmacy were taken into account in the adjusted analysis. However, as the data was taken from an administrative database, other risk factors for dementia such as lower educational level and the presence of the ApoE4 gene could not be taken into account.

The editorial accompanying the article cites a previous study (Haenisch et al, 2015) in a smaller population of 2,911 community-dwelling older adults, which took these and other important dementia risk factors into account and also reported a significantly increased risk of dementia, although the confidence interval was much wider. (Hazard ratio 1.33 with a confidence interval 1.04 to 1.83)

It is possible, of course, that the reported association between regular PPI use and dementia is not causal. 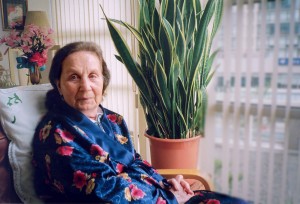 The use of proton pump inhibitors was associated with a significantly increased risk of dementia.

The lack of a dementia diagnosis in the study population doesn’t mean that none of the study population had dementia when the study started. From my own experience, dementia is often the last thing to be diagnosed, when diagnosis of other mental health conditions such as depression can be made instead. This may also be true for other chronic conditions that are easier and more acceptable, because unlike dementia there’s the possibility of effective treatment and/or cure.

With the prevalence of chronic disease burden and polypharmacy in the elderly population, large well-designed case-control or cohort studies would be needed to come to any definite conclusions about whether regular PPI use causes dementia.

The researchers themselves suggest that randomised trials are needed to establish proof of cause and effect. Would a randomised trial be ethical in light of the possible harm caused by regular PPI use? I am not sure I would rush to consent to take part in a study with the chance of being randomly allocated to a treatment which might increase my chances of developing dementia by even a small amount. Would you?

Perhaps a better way to direct research would be to:

Now I know a bit more about them, PPIs sound pretty nasty to me! 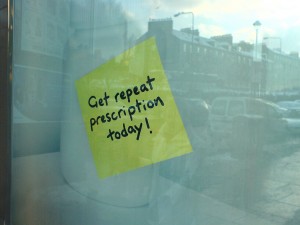 Avoiding over-prescription of proton-pump inhibitors in the elderly may help prevent dementia.