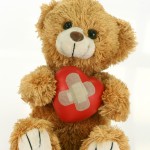 A number of concerns have arisen over recent years about the safety of the various drugs used to treat ADHD (Attention Deficit Hyperactivity Disorder) in children and young adults. These central nervous system stimulants include methylphenidate, dexmethylphenidate, dextroamphetamines, amphetamine salts, atomoxetine and pemoline.

Case reports have highlighted that sudden cardiac death can be brought on by increases in heart rate and blood pressure, but no studies have demonstrated a causal link between the medication and the cardiovascular events.

Researchers from Vanderbilt University in Nashville have now published the results of a massive retrospective cohort study involving 1.3 million young people in the USA. The numbers sound high, but the incidence of these problems is so rare (a baseline incidence rate of 3 in 100 000 patient-years) that we need a huge trial to bring back reliable data.

The researchers identified serious cardiovascular events (sudden cardiac death, acute myocardial infarction, and stroke) from health records and estimated the relative risk of events comparing patients who took the stimulants with those who did not.

This large study showed no evidence that current use of an ADHD drug was associated with an increased risk of serious cardiovascular events, although the upper limit of the 95% confidence interval indicated that a doubling of the risk could not be ruled out. However, the absolute magnitude of such an increased risk would be low.

This study highlights a number of questions for further research, including: