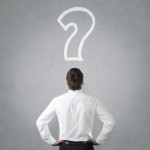 The Mental Capacity Act (2005) provides a legal framework for assessing capacity in individuals. Where an individual is shown not to have capacity to make a specific decision at a specific point in time, it also provides a framework for decisions to be made on behalf of that person, in that person’s best interest. We have posted previously about concerns relating to lack of knowledge about the act and its operation amongst professionals working in community teams and of the role of the Independent Mental Capacity Act Advocacy (IMCA) service set up to help vulnerable people who lack capacity and who are facing decisions about serious medical treatment and changes of residence.

The researchers in this study report on the outcome of work by a multi-centre team on one particular aspect of the act – best interests decisions. 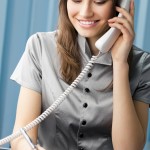 Project data from an online survey, telephone and face to face interviews

The Best Interests Decision Study (BIDS) was asked by the Department of Health to look at current professional practices in best interests decisions, relating to all people covered by the act and in relation to a range of decisions in health-care, social care, and property and affairs, so had a broader remit than looking at the impact of the act on people with learning disabilities.

The research had three phases, involving an online survey that elicited 385 responses, followed by 68 telephone interviews with a range of professionals. Phase three involved a series of face-to-face interviews which gave the researchers an opportunity to discuss issues and tensions in greater depth with participants from the first two phases

The data reported in this paper relate to the qualitative phases of the research in which the authors set out to explore in some depth the issues, challenges and solutions in making a best interests decision. They worked with four contrasting sample sites working with NHS trusts, social care and other organisations.

One of the key findings to emerge early on from the analysis of the data from the Phase 1 survey was that 10% of participants indicated that the person for whom a best interests decision was made did in fact have capacity. This alerted the researchers to the fact that there remained some confusion about this issue. This allowed an opportunity to follow up the question in the phase 2 telephone interviews.

The researchers were able, through their analysis to identify cross-cutting, superordinate themes and report on three- managing risk; blurred notions of capacity and joint decision making.

The best interests process appeared to be triggered by a change in circumstances for the individual, for example a serious decline in health or a period of hospitalisation.

However, the researchers found that such health emergencies often revealed wider risks  and hospital discharge was found to be a common point at which a best interests decision might be triggered in relation to the need for future care and accommodation.

Interestingly, they found that it was typical for one risk factor which may have triggered a best interests process to reveal other complex factors, which might include a possible breakdown of existing support arrangements.

Analysis of the in depth interviews allowed the authors to identify three major categories of risk: (i) people being unable to manage safely; (ii) health deteriorating past a critical point; (iii) a crisis precipitated by changed circumstances for a third party, such as a carer. 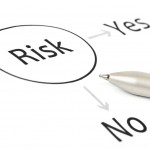 The researchers explored with interviewees the notion of ‘unwise decisions’, and raised the question of at what point an unwise decision becomes a risk?

Responses suggested that when support measures to people at risk seemed inadequate to offer protection from such risk, ‘practitioners started to reconsider the capacity of the person to make that decision alone.’

Not surprisingly, the authors found that the assessment of capacity itself proved to be the most difficult and sensitive aspect identified by respondents.

They found that the most common response to the question of what had led the practitioner to conclude that the person lacked capacity was ‘lack of insight’, which was described in many instances as an inability to understand the impact of their own health and care needs.

The authors point out that rather than consider the principle of ‘unwise decisions’, practitioners would see the person’s decision as proof of lack of capacity.

Many participants were reluctant to take responsibility for making the assessment of capacity and deferred to those who ‘might know the person better’, or were experts in the area concerned. Many respondents in the in depth interviews expressed concern that the capacity assessment may be based on ‘gut feeling’, despite suggesting that the test of capacity in the Act did provide a structure for the process.

One of interesting findings relating to support for people with learning disabilities is that in situations where people were already in receipt of social care support, the concept of capacity could easily become blurred and linked with the ability to manage life without risk.

The authors found that in the majority of cases, best interests decisions were made in a team and typically consisted of a series of ‘interrelated encounters between the various parties involved,’ although this could lead to delays and difficulties in identifying a lead professional to take responsibility in the decision-making process.

From the analysis of the in depth interviews, the researchers identified three different functions in the best interests process. They found examples of these functions being carried out by one or in some cases multiple individuals. 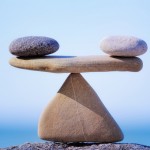 In relation to consulting with all parties, they identified three issues

One of the key concerns raised by many of the respondents was around the impact of the structured framework of the Act on the autonomy of people they supported. Respondents felt quite strongly that involving the person lacking capacity was a way of producing a joint decision. In practical terms this was often done in an informal way as many people found formal meetings difficult to cope with or to understand.

The authors point out that their findings suggest that the idea in the Code of Practice for the act that whilst sometimes a specialist should be called in to assess capacity, the decision-maker should normally carry out that assessment himself/herself, this was not always the way in which process was carried out in practice.  Respondents found it hard to disentangle the notion of ‘capacity’ from what were perceived as unwise or irrational decisions.

They also found that some capacity assessments appeared to rely on the notion of insight into one’s own condition or needs which is not mentioned in the act as relevant to the assessment.

They point out that at the heart of the concerns expressed by respondents was the tension between support for autonomy and protecting people lacking capacity. The picture that emerged from the research was of people considering this tension with great seriousness and calling on the support of MCA lead officers as and when necessary. However, the assessment of capacity and the process of best interests decision making were clearly linked in  practice. The authors describe this as a ‘concertina effect’ in which the ‘lack of capacity emerged from, and was constructed by, a discussion on best interests.’

The data in this research, based on a multi-centre project, drawing data from a variety of areas, organisations and professionals is detailed and rich and provides a good insight into current practice relating to the mental capacity act.

One of the issues raised by the authors themselves as a limitation on the findings is the fact that they did not gather data on the viewpoints and issues facing family carers of people lacking capacity themselves.

This is a key issue and one which bedevils research into the Act. We recently re-tweeted a message from Pembrokeshire People First about their submission to the currently running Select Committee on the Act. It was pointed out by the excellent human rights blog ‘the small places’ that “We need to think about why not a single one of all the major and well conducted studies on the MCA that are being published (that I have found) has managed to capture the voices of people who are said to lack capacity about their thoughts on the MCA and its impact on their lives.”

The authors of this paper refer to the Mental Capacity Act as a person-centred piece of legislation, and conclude that a collective view of decision-making was at the heart of the most reflective and successful best interests practices.

However, it remained that few decisions resulted  in someone  achieving greater independence. Perhaps attending to the voice of those affected by the Act in future research might help to uncover why this is so.