Home » Posts » Populations and settings » community settings » Shirkers and scroungers: Is there a link between mental health discrimination and welfare reform? 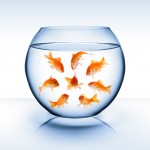 Over at the Mental Elf, bloggers have explored several studies on this topic, including one that preceded the study examined here. Check out all of the Mental Elf blogs about stigma. There are quite a few.

This study is part of an ongoing evaluation of the largest ever national mental health awareness and anti-stigma campaign called ‘Time To Change’ (TTC), which started in 2008. The evaluation is in two phases – from 2008-2011 and then from 2011-2015. The authors say the purpose of this study was to

determine changes in discrimination levels, overall and by the area of life in which discrimination is experienced, throughout the duration of TTC so far (2008-2012) and over the year of its second phase (2011-2012)

The researchers added a new measure to their evaluation of the first year of the second phase (2011) of TTC – access to social capital. Having access to social capital is increasingly being recognised as important for mental wellbeing, recovery, social activity and inclusion. It is broadly defined as being the social resources associated with relationships and social networks. People’s recent experiences of mental health stigma and discrimination were surveyed as part of an evaluation of an anti-stigma campaign.

A total of 4583 participants aged between 18-65 who had used specialist mental health services in the previous 6 months were interviewed by telephone between 2008 and 2012. Different samples were used each year and were recruited through the five NHS Trusts that took part each year. The aim was for the Trusts to representative of all Trusts, based on socio-demographic data. However, the 2008 sample was found to under-represent younger people, non-white ethnic minorities and men but this was less so by 2012.

Invitation packs were sent to all potential participants, with information in 13 commonly spoken languages on how to obtain a translation of the pack. Participants in during 2011-2012 were offered a £10 voucher for taking part. From 2009 on participants were asked if they had heard of the TTC campaign and their discrimination scores were compared.

Discrimination and Stigma Scale was used in the telephone interviews where participants were asked about 22 items on the negative, mental health related experiences of discrimination that covered 21 specific life areas. All responses were recorded on a four-point scale going from ‘not at all’ to ‘a lot’.

The Resource Generator-UK was used to assess participants’ access to social capital in the 2011-2012 second phase of the TTC evaluation. Participants were asked whether or not they could obtain access to 27 different skills and resources within their social network within a week if they needed. For each item answered as ‘yes’ they were asked to indicate the relationship through which they could access it. The domains of social capital were: domestic resources, personal skills, expert advice and problem-solving resources. Participants were also asked if they themselves possessed 14 of the skills or resources. Across 2008, 2011 and 2012 people most commonly reported discrimination from family, friends and social contacts or being avoided or shunned. Comparing results from 2008 with those from 2012 there was a significant increase in the discrimination experienced with regard to claiming welfare benefits but no other significant changes. Between 2011 and 2012 there was an increase in feeling the need to conceal diagnosis or mental health status.

The mean number of social capital resources available to participants at the time of the research was significantly lower than that for the general population. There was no significant difference between experiences of discrimination between those who were aware of TTC and those who were not.

While the overall level of discrimination across the life areas studied has fallen over 2008-2012, there is no evidence that people using mental health services experience no discrimination. We suggest that the pattern suggesting a recent rise in discrimination following an earlier reduction may be linked to economic austerity. Further, the welfare benefits system has become an increasing source of discriminatory experience. The welfare benefits system may be an increasing source of discrimination.

It is hard to determine from the research the impact of the TTC campaign on reducing discrimination and stigma over the period in question, as so many other factors are at play within society and in the lives of individuals. However, what the study begins to identify are some of those factors, particularly the potential of the welfare system to discriminate against people with mental health problems. Although this finding seems compelling for the current political context, the research has limitations that we need to bear in mind.

Firstly, as the authors noted the participants were not the same throughout, so the research did not track the same group of people over time. They also note that the samples were inconsistent in their social representativeness too.

Because participants were recruited through NHS mental health trust databases, the experiences of other people with mental health problems who are not in that system were not included. Importantly, the response rate was low. The researchers had aimed for a 25% response rate in 2008 but only got 6%. Despite changes to the recruitment strategy, the highest response rate was only 11% in 2011-2012.

Would findings have been different if more men and more people from black and minority ethnic backgrounds had participated?

We don’t know enough about the socio-demographic profile of the different NHS Trusts to be able to work out the broader social and environmental context people were living in and how that might affect their experiences of stigma and discrimination. It’s also important to note that just under half of all participants each year were unemployed and that in all years women and White British people were over-represented in the sample. Would findings have been different if there had been more men and more people from black and minority ethnic backgrounds participating?

So what does this mean for those working in community mental health services?

Practitioners concerned with social aspects of mental health and recovery should be aware of the various ways discrimination can occur – it can mean being shunned by a friend but it can also mean being prejudged by a welfare system. Practitioners should therefore be sensitive about the many sources and types of discrimination and their impact on individuals, particularly if they are in receipt of welfare benefits, and be prepared to support them to address discrimination. One thing to consider is building and using social capital.