Home » Posts » Populations and settings » crime » Don’t Put Up With It! Video resource for women with learning disabilities affected by domestic violence 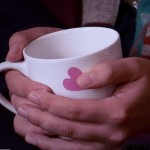 As you know, the Learning Disabilities Elf site is committed to bringing accessible summaries of the evidence in the field of learning disabilities. From time to time though, we also like to draw your attention to evidence-based resources that you might find useful.

Today, we wanted to mention a video put together by the Tizard Centre in Kent, Don’t Put Up With It! Domestic Violence and Women with Learning Disabilities, based on research carried out by Michelle McCarthy.

The original research project set out to explore the experiences of victims of domestic violence and the attitudes and practices of the professionals involved. McCarthy interviewed a number of women with mild to moderate learning disabilities who had been in abusive relationships for the project.

McCarthy points out that around one in four women experience domestic violence at some point in their lives, but that for women with learning disabilities, breaking away from abusive relationships can be made harder by a lack of understanding of what’s acceptable or appropriate in relationships.

In addition, she surveyed social workers, managers of refuges, police, psychologists, and community learning disability teams. She pointed out that

mainstream provision can be problematic, because staff in refuges or domestic violence units will rarely have been given any specialist training around working with learning disabled women.” NIHR Insights

One feature of many of the relationships the women were in was that their partners did not have learning disabilities, but often had mental health issues, or a drug or alcohol dependency. McCarthy found that the women talked about ‘play fighting’ which was found to be part of preparing the ground for later violence.

McCarthy also points out that the women involved had few resources available to them in terms of money or social or emotional support, which increased their vulnerability to domestic violence. 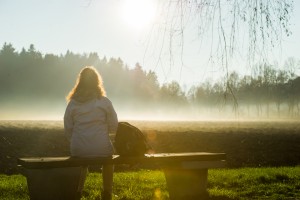 Having few resources in terms of money or social or emotional support, increased vulnerability to domestic violence

The findings from the survey of professionals suggested that police officers did not believe that a learning disability made women more vulnerable to domestic violence, which is of concern given that the police are often the first point of contact in abuse cases.

The Tizard Centre produced the video following the completion of the research project, as well as information leaflets and guidance for police, health and social care professionals.

The video is an excellent resource which deals with an important topic a clear and understandable way.