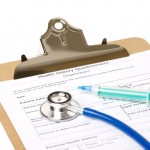 Depression can be difficult to detect and diagnose and this difficulty only increases when other mental health conditions are also present.

This systematic review conducted by a team of researchers from Groningen in the Netherlands, set out to identify the best instrument for diagnosing depression in people with schizophrenia. Their concern was that some diagnostic tools developed for use in depression patients may not discriminate between depressive symptoms and the negative psychotic symptoms that are often present in schizophrenia.

The researchers conducted a broad search and found 48 papers that measured the reliability and validity of 6 depression instruments for patients with schizophrenia:

The Beck Depression Inventory was the only one of the 6 instruments that used a self-reporting mechanism to measure the extent of the depressive illness. The other 5 were all clinician rated scales.

Here’s what they found with their review:

We would recommend to use the Calgary Depression Scale for Schizophrenia for the measurement of depressive symptoms in research and in daily clinical practice of patients with schizophrenia. A valid self-report instrument is to be developed for the use in clinical practice.