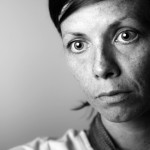 The period after giving birth to a child can be difficult for women and in the first twelve weeks after childbirth 13-19% of women will experience post-partum depression (O’Hara 1996, Gaynes 2005). Post-partum depression is bad news – not only does it increase the chance of the mother going onto develop a severe clinical depression but it also can affect the quality of the mother-child bond during a critical period in the development of the infant, and this can have long term effects.

This Cochrane review set out to see if it is possible to prevent postpartum depression using psychological and psychosocial interventions. To do this they examined randomised controlled trials which compared the effectiveness of these interventions to usual care, delivered either before or after childbirth.

The review also tried to determine the characteristics of the most successful interventions, and whether interventions were more effective in the subgroup of women at high risk of developing postpartum depression. The studies examining the same intervention were examined for heterogeneity, and this was taken into account when determining overall outcomes

A comprehensive literature search for randomised controlled trials was performed.  Sources included the Cochrane Central Register of Controlled Trials, MEDLINE, EMBASE, hand searching of a further 74 journals, and the proceedings of major conferences. The studies were carefully assessed for bias by two blind, independent reviewers – including methods of allocation of women to intervention groups, assessor blinding, and selective reporting bias. The studies examining the same intervention were examined for heterogeneity, and this was taken into account when determining overall outcomes.

They identified twenty-eight randomised controlled trials of acceptable quality (‘good to excellent’), involving almost 17,000 women, which compared a psychosocial or psychological intervention compared with usual care before or after childbirth.

The effectiveness of interventions was presented in two ways – either a risk ratio (RR), in the case of categorical data (e.g. depressed versus non-depressed) or a standardised mean difference, in cases where scores were taken on various questionnaires (e.g. the Beck Depression Inventory). The overall conclusion presented in this review is that even in an era of increasing complexity and in depth biological understanding of mental illness, good, old-fashioned phone calls to ask ‘how are you going?’ still have a big impact on the well-being of women in the postpartum period.

This is a good quality review of the best available evidence from clinical research. The authors found that there is strong evidence to recommend implementing several interventions for the prevention of postpartum depression:

On the other hand, the reviewers did not find enough support in the literature to recommend implementation of other interventions such as:

It may also be more beneficial and feasible to target at risk mothers rather than all women post-childbirth. Could interpersonal psychotherapy be provided over the phone or over the internet and still be as effective?

There are still questions that remain – what is the component of psychosocial interventions that actually reduces postpartum depression? What should be the role of a postpartum depression screening tool – is early detection the key to determining who should get interventions? Could interpersonal psychotherapy be provided over the phone or over the internet and still be as effective? The authors also recommend further research into the effectiveness of lay based interventions to confirm findings as to its efficacy.