Home » Posts » Treatment » mindfulness » New meta-analysis supports the use of mindfulness for depression, but not anxiety 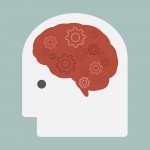 Mindfulness based interventions (MBIs) have been the focus of a number of recent Mental Elf blogs. Elves have discussed the use of this potential “panacea treatment” to treat anxiety disorders, depression, stress, psychosis, schizophrenia, breast cancer and most recently eating disorders. The evidence is mixed and not compelling for all of these conditions, but it’s clearly a very promising treatment that is getting a lot of coverage and research funding. In the UK, mindfulness is only recommended by NICE for the treatment of relapse prevention in recurrent depression, but that recommendation comes from a guideline now 5 years old (NICE, 2009). Mindfulness based interventions incorporate meditation practice and principles into a psychotherapeutic modality of treatment. The two most commonly examples of MBIs are:

MBSR has been used for nearly 40 years and reported to help alleviate stress and other physical and mental health presentations. MBCT was developed more recently and combines MBSR with CBT for depression. Although originally designed to prevent relapse in patients in remission from depression, it has also been mooted for people experiencing current episodes of both depression and anxiety disorders. A recent study carried out by researchers from the University of Sussex has assessed the scientific evidence in support of the use of MBIs for people experiencing a current episode of anxiety and depression. The authors carried out a meta-analysis and sought to include published and unpublished data that reported on the efficacy of MBIs in the treatment of current episodes of depression and/or anxiety. They searched a good range of databases including MEDLINE, Web of Science, Scopus, ProQuest and PsycINFO. Their inclusion/exclusion criteria were robust and ensured that only RCTs carried out on adult populations with a clinically diagnosed current episode of depression or an anxiety disorder were included, and that mindfulness was a core element of the MBI. The study also used three leading clinical trial registers to try to access unpublished data which met these same inclusion criteria. Data entry and analysis enabled the authors to report on:

The initial search of both the published and unpublished data identified 1,101 records that reduced to just 12 studies that met the authors’ inclusion/exclusion criteria; all of these were studies that had been published in the scientific literature. Of these the primary diagnosis varied:

As did the MBI:

The 12 studies included a total of 578 participants. The main findings from the authors’ analysis of all of the data were: The findings of this meta-analysis support the use of mindfulness-based interventions for depression, but not for anxiety

This is the first meta-analysis of RCTs of MBIs where all studies included only participants who were diagnosed with a current episode of a depressive or anxiety disorder. Effects of MBIs on primary symptom severity were found for people with a current depressive disorder and it is recommended that MBIs might be considered as an intervention for this population.

The authors identified a number of limitations of their study. The number of studies available to them was limited to 12 and they also summarised that future research on MBIs need to:

…control for non-specific and non-mindfulness factors in order to isolate the potential benefits of learning mindfulness from other elements of MBIs.

I was most concerned by the heterogeneity of the studies included to assess the effect of MBIs on anxiety disorders, as this seems to me to be too broad a disorder group to be assessed together. In the longer term it would seem more instructive to look at the impact of MBIs on more defined populations (i.e. looking at GAD, SAD, PTSD, OCD etc. separately) as has been clearly established for other psychotherapeutic interventions. So, mindfulness for depression and anxiety?

This study confirms that mindfulness based interventions are valid for the treatment of current depressive episodes, and it identifies the need for more studies to investigate the possibility that MBIs might also be of value in treating anxiety disorders.

Strauss C, Cavanagh K, Oliver A, Pettman D (2014) Mindfulness-Based Interventions for People Diagnosed with a Current Episode of an Anxiety or Depressive Disorder: A Meta-Analysis of Randomised Controlled Trials. PLoS ONE 9(4): e96110. doi:10.1371/journal.pone.0096110