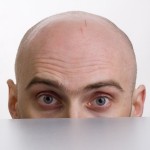 Attention Deficit Hyperactivity Disorder (ADHD) is a developmental neurological condition affecting functioning in a number of domains, but in particular, the ability to focus and concentrate, and regulate activity levels.  This is a common disorder with 2.5-4.0% of adults meeting diagnostic criteria for ADHD (Fayyad et al, 2007), and this condition has significant impact on a persons life, as well as those around them. As with any medication, we need to be sure that the benefits outweigh the risks before prescribing

The first line treatment for ADHD are medications such as psychostimulants (methylphenidate and amphetamines) and non-stimulants such as atomoxetine. Atomoxetine is a selective noradrenaline reuptake inhibitor (NRI), not to be confused with SNRIs or SSRIs which are popular antidepressants.

As with all medications there is a cost:benefit ratio to consider with the use of atomoxetine as it has some significant side-effects and adverse effects that need to be considered when prescribing and monitoring the effects.  Side effects include cardiovascular (prolonged Q-T wave intervals, arrhythmia’s, hypotension), gastrointestinal, neurological (seizures) and psychiatric (psychosis, suicidal feelings).  So in summary, the clinical benefits to the individual must outweigh these potential risks in order for it to be an efficacious treatment.

Aims of the new review

The authors of this recent systematic review and meta-analysis (Cunill et al, 2013) note that clinical symptom reduction is typically used as the outcome end point in clinical trials, but this has been criticised as it doesn’t always correlate with clinical consequence (i.e. the adverse impact of ADHD such as accidents, legal problems, family problems etc). This review used ‘all cause treatment discontinuation’ to measure drop-outs

In addition, there is an attrition bias in clinical trials with those who drop-out of treatment differing from those who are retained. This means that often, the most stable people remain in a trial and they are not representative of people with ADHD.  There is a more objective way of assessing cost:benefit of medicines using ‘all cause treatment discontinuation’ which is the number of people who leave a trial for any reason. The theory is that if symptom improvement outweighs side-effects then drop-out should be lower than placebo, thus demonstrating objective efficacy.

So the aim of the review was to undertake a systematic review and meta-analysis of all trials of atomoxetine using all cause treatment discontinuation as the primary outcome.

The authors developed and published an a priori protocol.  Inclusion criteria were clinical trials of atomoxetine using outpatient populations in any language.  Search was conducted in June 2012 (n.b. there is a possibility that other studies have since been published that could affect this analysis).  Twelve studies were included for data extraction and assessment of risk of bias (Cochrane Assessment of Bias tool) and these were selected by two independent reviewers.  They undertook an assessment of publication bias and found no evidence of this.

The reviewers concluded that evidence for the use of atomoxetine in adults with ADHD is weak, based on the review of available clinical trials.

However, the authors point out some limitations of the studies which could affect this outcome. There was evidence of risk of bias in the study designs in blinding failure and detection bias. In addition, all the studies were undertaken in North America. Whilst there was some evidence of moderate effect on symptom improvement, none of the studies had measured clinically significant outcomes such as work, legal and family impact. However, there was no evidence of publication bias and the meta-regression found no between sub-group differences using patient and study characteristics as factors. At this time, the evidence for the effectiveness of atomoxetine is weak when discontinuation is used as the endpoint measure

This was a well conducted review and meta-analysis by authors who had no declared conflict of interest. They recognised the strengths and limitations of the review.

Atomoxetine has significant unpleasant and potentially life-threatening side-effects and therefore the benefit to the person needs to significantly outweigh the risks and costs. At this time, the evidence for effectiveness is weak when discontinuation is used as the endpoint measure.

One of the most important issues this review raises is the role of medication in a condition that significantly affects the social functioning of a person with this diagnosis. Drug trials take a reductionist approach in measuring efficacy with symptom reduction and often have short follow-up periods.

In order to more thoroughly understand the benefits of medication for people with ADHD, studies should consider gathering data on clinically meaningful outcomes such as employment, offending, family and relationship functioning.